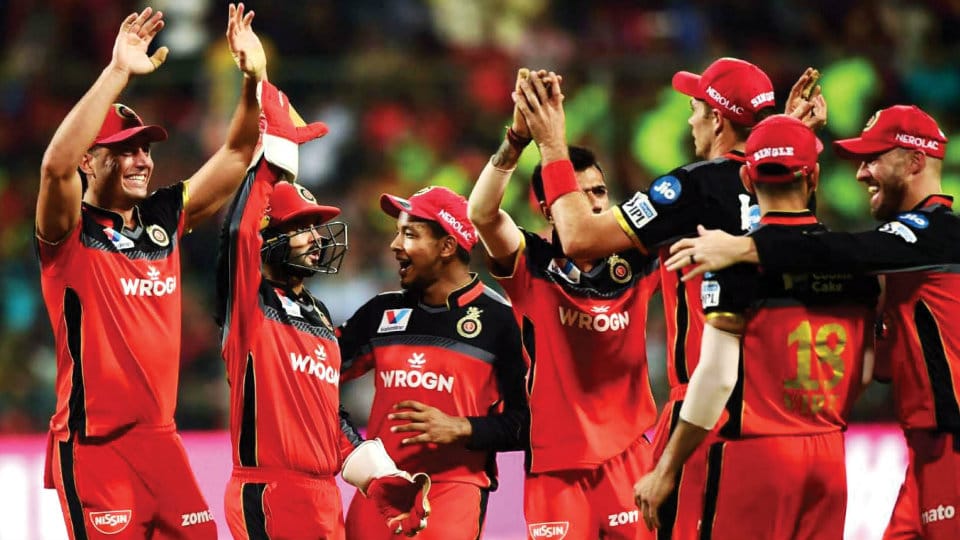 RCB wins over KXIP Stays in race for playoffs

Chasing a daunting 203 runs for victory, KXIP were off to a flying start as Chris Gayle scored a quickfire 23 off 10 balls (4 fours, 1 six). He was dismissed by Umesh Yadav.

K.L. Rahul and Mayank Agarwal then added 59 runs for the 2nd wicket. Agarwal was dismissed for 35. His innings included 5 fours and 1 six. K.L. Rahul followed his Karnataka mate soon. He was dismissed for 42 runs off 27 balls (7 fours, 1 six). David Miller and Nicholas Pooran then added 68 runs quickly to keep KXIP in the run-chase.

However, twin strikes by Navdeep Saini in the 19th over gave RCB a required boost. Umesh Yadav confirmed RCB’s win by taking two wickets in the final over to limit KXIP to 185/7 in 20 overs.

With this win, RCB stay in the race for playoffs. Earlier, RCB scored 202/4 in 20 overs, courtesy a 122-run partnership between AB de Villiers and Marcus Stoinis.