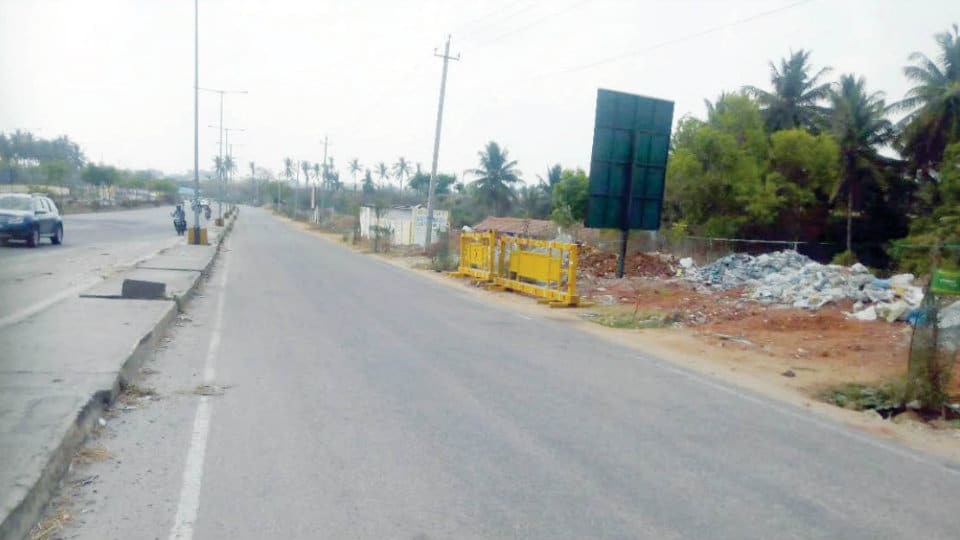 After many fatal accidents and many readers expressing their ire in this column, road humps and speed control barricades were erected opposite GRS Fantasy Park Ring Road intersection.  This had proved good as many heavy and other vehicles were used to slow down dead, thus making way for vehicles to cross over to service road.

In between many unscrupulous elements were trying to remove the heavy steel barricades often.  However, on 27.3.2019 one such move is noticed and these speed control barricades, this time has been dragged to a side of the service road, thus again paving way for rash drive by the motorists and other vehicles (see picture).

Added to this, there are chances that many who are unaware of a hump here may tend to commit accidents which may be still be awful.  It is high time that concerned may re-erect these steel barricades and better, they grout the same to the road so that it is not moved / shifted frequently.