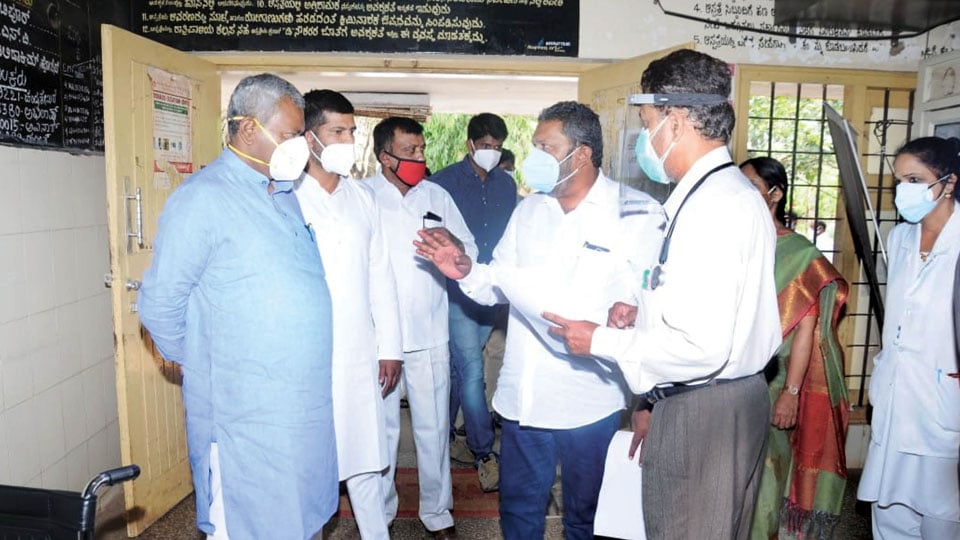 ‘Reduce fear among people about Corona’

Mysore/Mysuru: People have arrived at such a conclusion that as soon as they test Corona positive they demand for oxygenated beds. Officers must convince them that all positive patients do not need it, said Co-operation and District in-Charge Minister S.T. Somashekar.

Reviewing COVID-19 situation in Hunsur taluk yesterday, he said in order to reduce fear among people, the officials must share information about the total number of patients discharged from the Hospitals and also facilities available to ensure recovery of patients.

The Minister pointed out that one of the main reasons for the sudden increase of death cases in Mysuru was due to bringing patients in critical condition from Bengaluru, Chamarajanagar, Kodagu and other districts. Naturally this has created fear in the minds of people. The job of officers including Tahsildars was to reduce fear among citizens through local MLAs and media, he said.

After K.R. Nagar, the maximum number of vaccination has been done in Hunsur taluk, he said. The State Government has already announced free vaccination for persons above 18 years of age free of cost. Since it will be given in both Govt. and Private Hospitals, people need not rush to vaccination booths.

Mysuru district has been released Rs. 4 crore and medical staff could be appointed for Hunsur Hospital,

Somashekar said adding that as many as 998 Remdesivir injection for Private Hospitals will be arriving soon. On the other hand, there is sufficient stock of it in the Government Hospitals, he said.

Soon, 100 ventilators and 20 oxygen cylinders will be arriving in Mysuru, he said and added that a  meeting was held with Private Hospitals Management seeking reservation of beds for Covid patients.