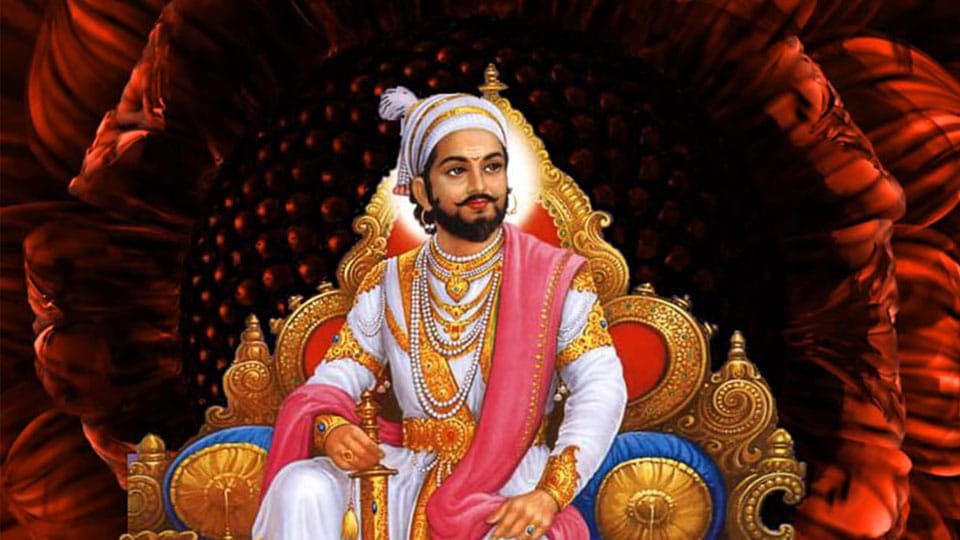 Threads of Karma that made the British Empire!

The maid of Jahanara, the beloved daughter of Emperor Shah Jahan, upsets an oil lamp in the Palace. There was fire and Jahanara tried to save her maid. In doing so, Jahanara scorched herself about the face and hands.

Shah Jahan demanded that the best physician in his Empire must attend to its loveliest princess. The British surgeon Gabriel Broughton of the English factory at Surat arrived at Agra. It may be mentioned that it was the same Surat factory of East India Company that Shivaji had looted and enriched himself as never before…

The British surgeon not only cured Jahanara but saved her beauty flawless. As reward, the surgeon would take nothing for himself, “but asked that a charter should be given to the East India Company to trade in Bengal.” On the strength of this charter, the British built Calcutta that was British India’s capital till it was shifted to Delhi in December of 1911.  Another Empire was made.

Shivaji was aged 19 and as mentioned earlier, was a healthy and active youngster, full of dynamism. It was a time, with the exception of a few chieftains in the far South of India, when there were no Hindu States. The Rajputs had long since submitted to the Sword of Islam and their Princes happy to join the Muslim imperial forces and, worse, personal compromises were made.

It was no different in Maratha country where Shivaji lived at that time. People had no desire for change of Muslim rulers and they were resigned to their fate. It was a situation where, like Britishers later, a few Muslim Sultans with their Hindu soldiers ruled the country.

Be that as it may, just as you cannot unscramble an egg, you cannot undo what has happened in the past history of a country. At best, some historical wrongs committed on the helpless people who were ruled could be corrected on gaining freedom. Let it be.

To revert to Shivaji, he was preparing his first move against the Muslim rule. To cut a long story short, it is interesting to know how Shivaji the Boy became Shivaji the King. The story begins from his capture of Bijapur Sultan’s small Fort called ‘Torna’ near Pune. It was a barrack where there was an arsenal and also a treasury. The occupation of Torna Fort was simply a case of serendipity for a 19-year-old boy. It was on top of a hill and cool in the summer but very uncomfortable place to live when it started raining and the rainy season lasted a few months. Naturally, the Commander of the Fort was as dissatisfied as his men staying in that place during monsoon. Finally, in the rains of 1646, the Commander of the Fort without informing the Bijapur Sultan marched his troupes to the plains below and stayed there waiting for the monsoon to end.

It was then Shivaji and his band of hillmen, tribals, whom he was secretly training for war, slipped into the deserted Fort and seized the weapons from the arsenal and money and jewellery from the treasury. With this booty, he rewarded his followers with arms and money. Naturally, complaint against Shivaji reached the Sultan, but Shivaji pre-empted the move by alleging incompetence of the Commander of the Fort, etc.

The Bijapur Sultan sent a messenger ordering Shivaji to present himself at his Court and Shivaji did not. Sultan remembered Shivaji’s own father, Shahaji, who was in his own service. The Sultan arrested Shahaji. He was dragged from the durbar hall and put in the prison. The Sultan thought of sending his army to capture Shivaji, but Sultan’s advisors said that instead of military action, he should send Shahaji to go and bring Shivaji failing which he would be bricked up with walls around him, alive and killed. Like what Akbar did to Anarkali. A case where Shahaji was held by the Sultan to compel Shivaji to appear before him. Shivaji came to know of this option given to his father.

READ ALSO  Pride goes before the Fall: Musings on Congress defeat in Karnataka

Instead of appearing before the Sultan, Shivaji sent a messenger to the Mughal emperor Shah Jahan making proposals and seeking Imperial help to attack the Bijapur Sultan. The Bijapur Sultan came to know of this move by Shivaji and realised if the emperor conferred an office to Shivaji, a position at the Court in Delhi, he would become the citizen of Mughal empire and the Bijapur Sultan would be held responsible for Shivaji’s father, Shahaji’s safety. The Sultan of Bijapur had no alternative but to order Shahaji’s release from the tomb of bricks under construction.

As a last resort, Bijapur Sultan sends Shahaji to meet his son Shivaji and persuade him  to stop his guerrilla warfare and looting of Sultan’s treasury. So, father Shahaji goes to his son carrying the terms and conditions to negotiate a peace treaty. Shivaji agrees to these conditions which also meant the Muslim Sultan accepting Shivaji as an independent king. Following this agreement, Shahaji returns to Bijapur and the Sultan is pleased with the service of Shahaji. However, sometime later, when Shahaji goes for hunting, he falls from his horse in an accident and dies. It is said that a tomb of Shahaji can be seen even today at a place called Hodigere in Shivamogga district, Karnataka.

Incidentally, Shivaji was in Bengaluru for some time when he was aged 9. It appears in 1639, his father Shahaji was stationed at Bengaluru by the Sultan of Ahmednagar following the fall of Vijayanagar empire.