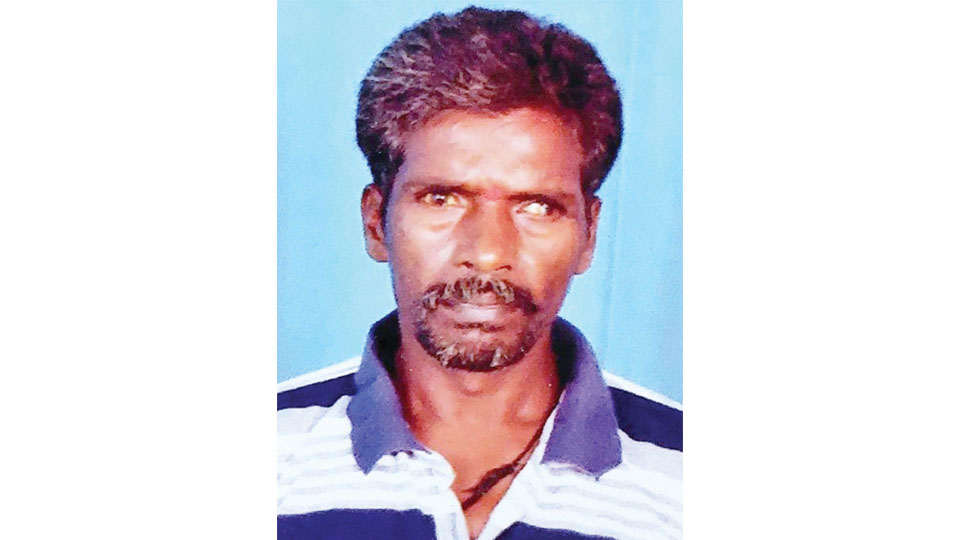 Hunsur: A two-wheeler rider was killed, when a goods vehicle rammed into the bike he was riding near Tirumala Layout in the town on May 17. The deceased is Srinivas (53), son of late Venkataiah and a resident of R. Hosahalli village of Ravandur hobli in Periyapatna taluk. The deceased was a relative of Mysuru Mithra reporter at Hunsur K. Krishna (KK).

Srinivas, along with his friend Swamy, was proceeding on the Hero Honda bike (KA-12-J-6562) from Mysuru towards Hunsur and when they neared Titumala Layout near APMC on National Highway-275, an Ashok Leyland goods vehicle (KA-12-B-3746) rammed into the bike from behind  resulting in Srinivas sustaining serious injuries on his legs and head. Srinivas was rushed to Hunsur General Hospital, where he was provided first-aid and was being rushed to K.R. Hospital in Mysuru, where he breathed his last mid way. Hunsur Town Inspector Srinivas and staff, who rushed to the spot, registered a case and have seized both the vehicles. Post-mortem was conducted and the body was handed over to the family members.