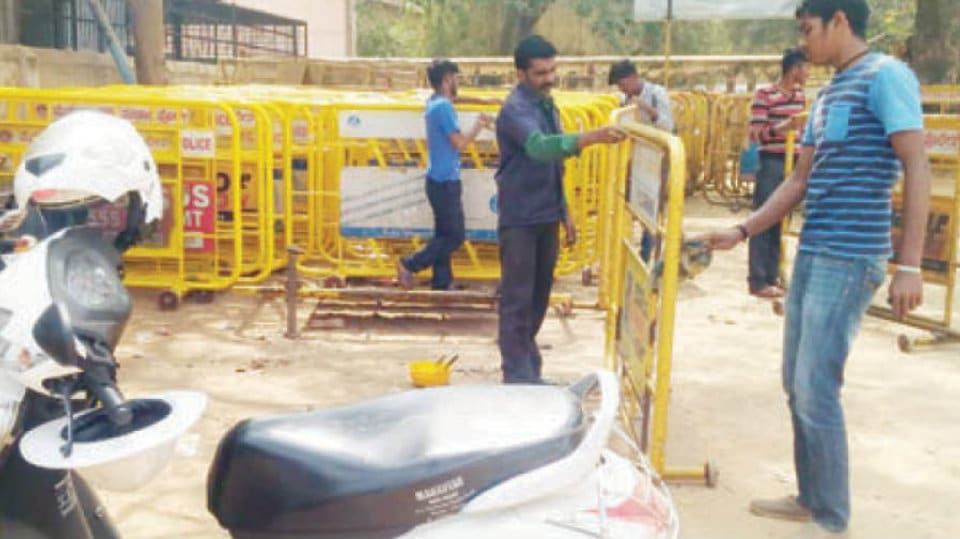 Road barricades get a makeover

Following the direction, Traffic and Civil Police personnel have begun an operation to replace broken road barricades with new ones and to paint other barricades for giving them a new look.

Personnel of Devaraja Traffic Police Station, led by Inspector P.A. Sooraj, took part ‘Paint and Repair’ drive of barricades which have been erected as road dividers on some roads and at busy traffic junctions in city.