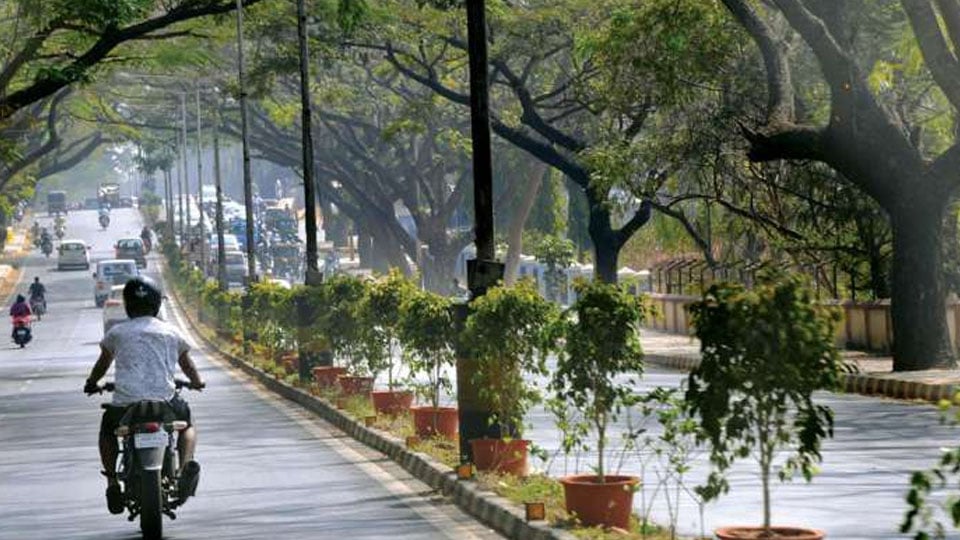 Poets who wrote lyrics in glorifying nature and also glamorous dames seem to have been outperformed by both reporters of dailies and readers who write in the ‘Voice of the Readers’ columns by describing, often with graphics, the dismal state of roads, highlighting the steadily enlarging and deepening pits, inappropriately called potholes. Mercifully or otherwise, roads that qualify to be called roads, if there are any in Mysuru and elsewhere, are spared by the road-driven poetic citizens, not even eulogising whoever laid those roads, such as the stretch connecting the three grand statues of the past monarchs of the erstwhile Princely State of Mysore or, for that matter, the Rajpath connecting India Gate with the Rashtrapathi Bhavan in the country’s national capital. Mysuru of yesteryears hosted roads with terms to suit their different features namely streets (beedi), lanes (voni), bylanes (galli) and so on. Meeting spaces of roads and streets used to be called squares and circles irrespective of their geometry. That apart, these spaces as well as roads bore names of eminent persons of the city as a mark of respecting and remembering them as role models to later generations.

Rulers of the State during monarchy and their Chief Executives (Dewans) have left their mark of vision in forming residential areas of the city and also by monitoring the architecture of public buildings as well as spacious parks, the vestiges of which seem to endure to this day. That vision is conspicuous in the way present-day administrators are functioning.

Thanks to the then population of Mysore, maybe one-fourth of its present headcount, the residents, commuting within city limits mostly by walk, did not consider the road network to be inadequate. From memory or scanning dailies of those days, one can say that hardly anybody questioned on any issue concerning roads within the city, not the least the need for widening roads. Also, they may have taken the pits (potholes) on the roads of all kinds in their stride. Another issue, not connected with roads, namely garbage, didn’t figure in public domain, maybe because its generation by the residents was in amounts just a fraction of what it is nowadays.

Laying of roads is known to all as rewarding as a milch cow, given the feature of exaggerated bills by the contractors with handsome cuts to the babus and law-makers. As rightly observed by a conscious citizen, if people sue them in Civil (if not Criminal) Courts for cheating the public by laying substandard roads, there is some chance of our roads looking like roads in Singapore or Dubai. Until then, we have to live in the present ruinous state of roads.

Editorial
Time and Tide Wait for None but UoM’s Centenary Clock remains an exception!
Welcoming Lakshmi through service, yagna