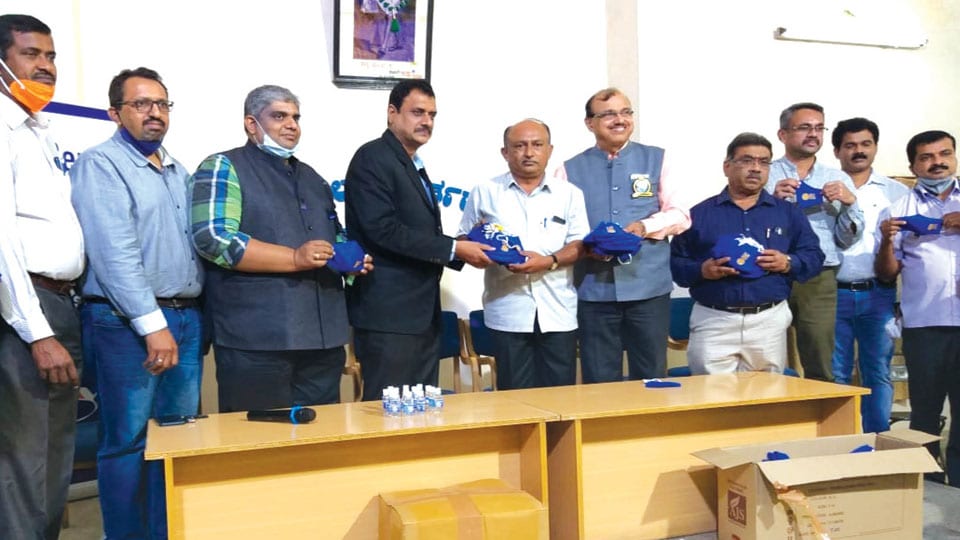 Mysore/Mysuru: Rotary Central Mysore has donated face masks and sanitisers to journalists in city. About 700 masks and 500 sanitiser bottles were handed over to Mysuru District Journalists Association (MDJA) to be distributed among journalists yesterday.

Speaking on the occasion, District Governor of Rotary International (RI) District 3181 Rtn. A.R. Ravindra Bhat said that journalists have been working by risking their lives during the pandemic and keeping this in mind, face masks and sanitiser bottles have been given to them. There are plans to provide digital thermometers to them in future, he added.

Continuing, Rtn. Ravindra Bhat said that Rotary Clubs in the country have spent Rs. 380 crore during COVID pandemic and added that with the aim to eradicate polio, the first polio drops drive was held 36 years ago which has been successful and in the same manner, Rotary would strive for the eradication of COVID-19.