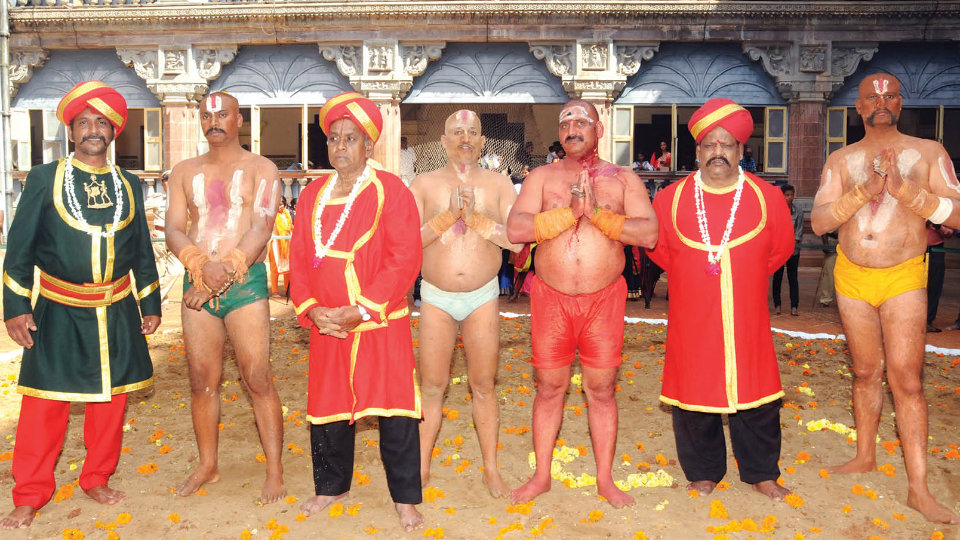 Even as the rituals of Uttara puja ended, the Vajramushti Kalaga, which heralds the Dasara procession, began in the Savar Thotti. 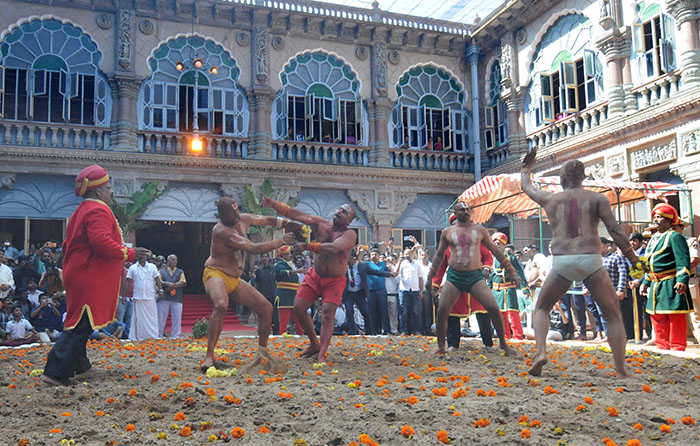 The fight, however, lasted for less than two minutes as Raghavendra hit Purushotham on his head and near his ears with the Vajramushti and drew the first blood, which is a sign of good omen for the start of the Dasara procession. The Ustads, who were the Referees, immediately stopped the Kalaga (fight).