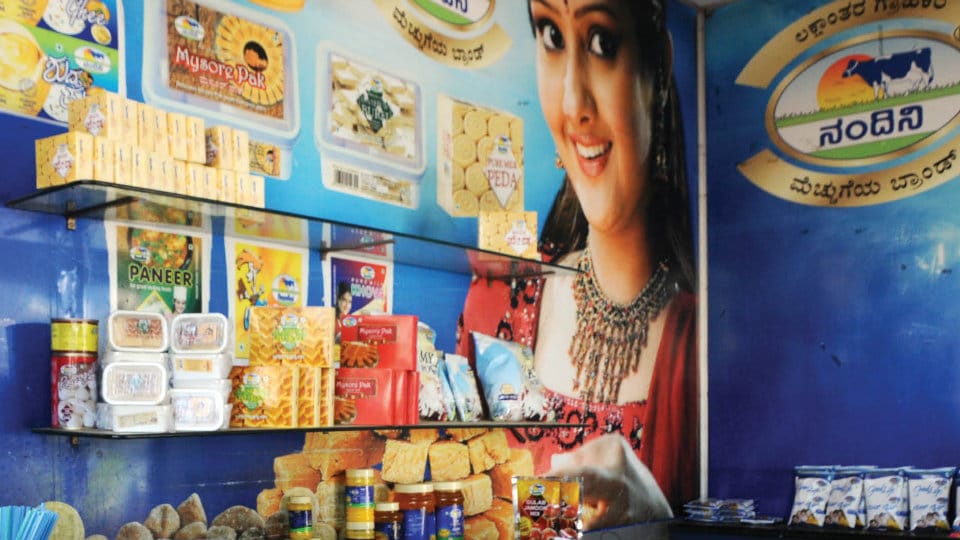 Mysuru A Nandini Milk Booth in Vijayanagar First Stage was the target of burglars in the wee hours of Tuesday and they decamped with cash and milk products worth Rs.15,000.

The booth is located in front of the MUDA Complex, Kalidasa Road, Vijayanagar First Stage, opposite Sony Centre.

In a complaint with Vijayanagar Police Station, the milk booth owner Sanna Devegowda stated that he had been running the booth since 14 years and had as usual locked the outlet at around 8.30 pm on Mar.18.

Burglars broke open the two locks of the booth between 1 am and 4 am on Tuesday and took away cash worth Rs.2,300 and milk products including Peda, Mysore Pak, ghee and Cashew Burfi that were kept for sale.

The total value of the theft is worth Rs.15,000 he stated in the complaint.

Speaking to Star of Mysore, Sanna Devegowda said that he had examined the CCTV footage at a nearby shop where he found two persons carrying heavy bags at around 3 am. But the visuals are hazy and the faces of the people are not seen.

Vijayanagar First Stage
Lokayukta officials to hear grievances from Mar.21 to 28
‘The Open Trunk’ Designer Expo in city on Mar.22, 23