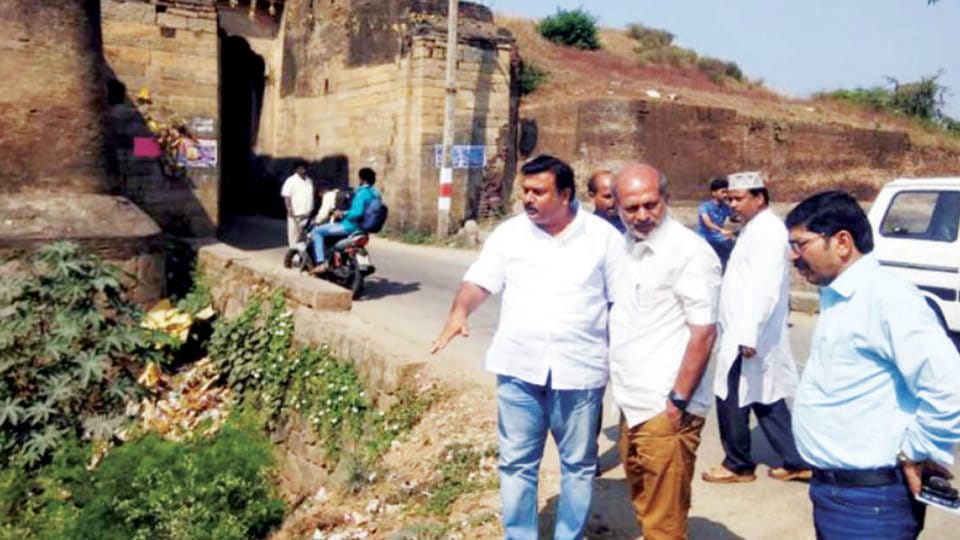 Rs. 20 cr. released for development of tourism in Srirangapatna: Minister

Speaking to reporters after chairing the progress review meeting with the taluk-level officials held at Hotel Mayura River View recently, he promised that the tourism promotion work will be implemented very soon. He said that amount was sanctioned following instructions from Chief Minister H.D.Kumaraswamy and an appeal from local MLA Ravindra Srikantaiah.

Mahesh said there are plans to introduce boating at the moat around the Fort to attract more tourists. Plans have been made for improvement of Park around Srirangapatna Fort after making illumination arrangements.

He said the moat surrounding the historical Fort would be cleaned, filled with Cauvery river water and then boating will be introduced. The government has released funds for taking up cleaning of the Fort and moat, road widening and street-lights, the Minister said.

A grant of Rs. 50 lakh will be released for construction of hi-tech toilet near Nimishamba temple for the benefit of devotees. Parking and other basic facilities will be improved at Sri Ranganathaswamy temple and other tourist spots.

MLA Ravindra Srikantaiah said there is a need of around Rs. 300 crore for development of Srirangapatna and projects should be planned to attract more foreign tourists and also fetch profit to the government exchequer.

Earlier, the Tourism Minister inspected the Fort, Ranganathaswamy temple and other nearby tourist spots.

The Minister said a blue print for development of tourist spots be kept ready. Another one round of meeting will be held with local MLA to discuss the progress of the tourism development works.  The government is ready to give more funds if needed for promotion of tourism in the region, he added.