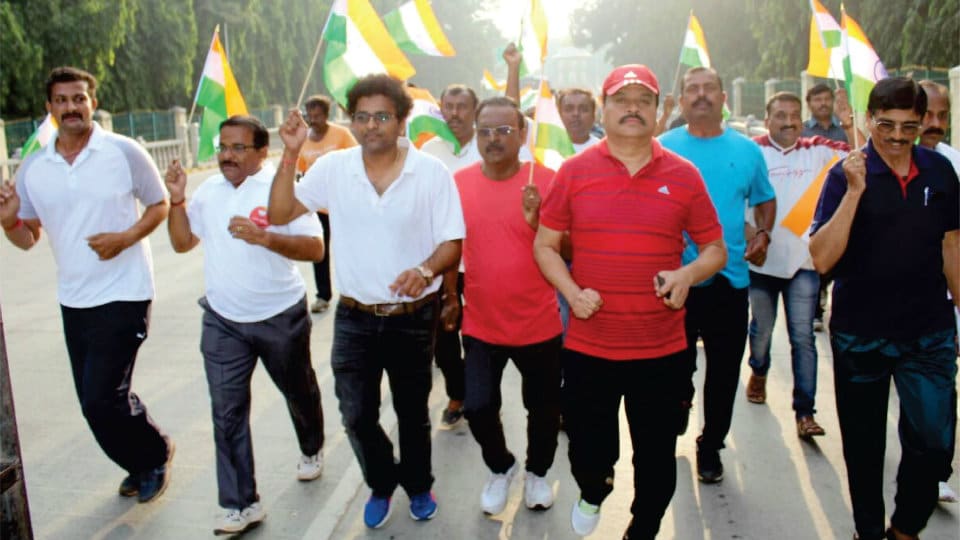 Run for Unity: The City BJP wing had organised a ‘Run for Unity’ in which about 200 BJP activists participated. The run was flagged off by City BJP President Dr. B.H. Manjunath in front of Kote Anjaneyaswamy Temple here.

The participants ran through the periphery of Mysore Palace passing through K.R. Circle and Hardinge Circle back to the starting point.

Maharaja’s College: The college faculty and students offered floral tributes to the portrait of Sardar Patel at the Junior B.A. Hall in the college premises.

Nehru Yuva Kendra (NYK): Department of Sports and Youth Empowerment had organised a function at the Youth Hostel in TK Layout here. Floral tributes were offered to the portrait of Patel. MLA Vasu, Mayor M.J. Ravikumar, NYK District Co-ordinator M.N. Nataraj, Srihari of GSS Foundation and others were present.

Incidentally, today is also the 33rd death anniversary of former Prime Minister Indira Gandhi which was observed at the City Congress Office near the Railway Station here.