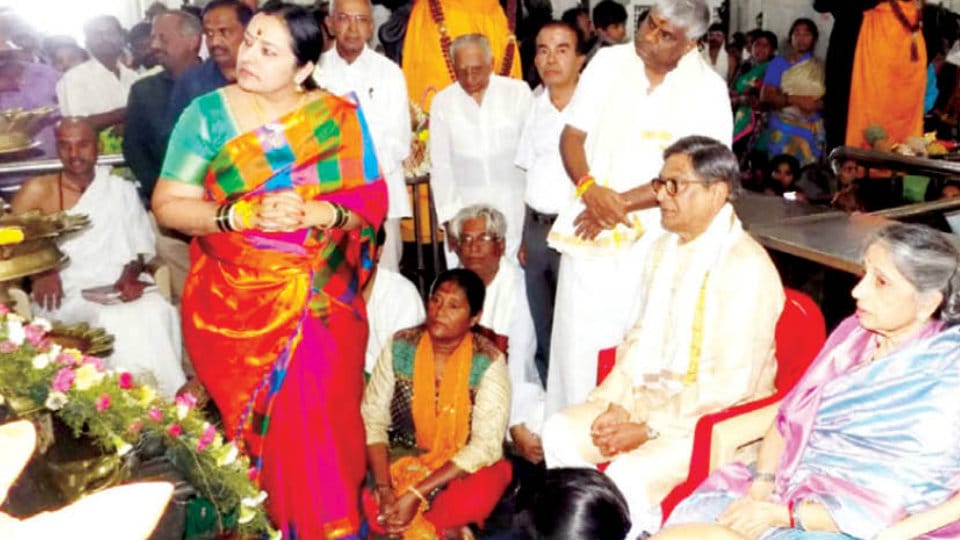 Though both S.M. Krishna and Revanna are political rivals, they were found at the Temple together. Speaking on the occasion, Revanna said that offering puja to Lord Kalabhairava on three consecutive amavasyes would fulfil their wish.

H.D. Revanna, who was in the Temple, welcomed the S.M. Krishna couple on their arrival. He held Krishna’s hand and brought him inside the Temple. This apart, Revanna and his wife Bhavani sought Krishna couple’s blessing by falling onto their feet after the puja rituals were completed.

Later, speaking to media persons,  Bhavani Revanna said that people of the constituency have been pressurising me to contest the upcoming election. But the final decision is left to the elders in the family. Bhavani added that she would never go against the wishes of the elders in the family. When asked about Prajwal, she said that party Supremo H.D. Deve Gowda had already clarified over the issue.