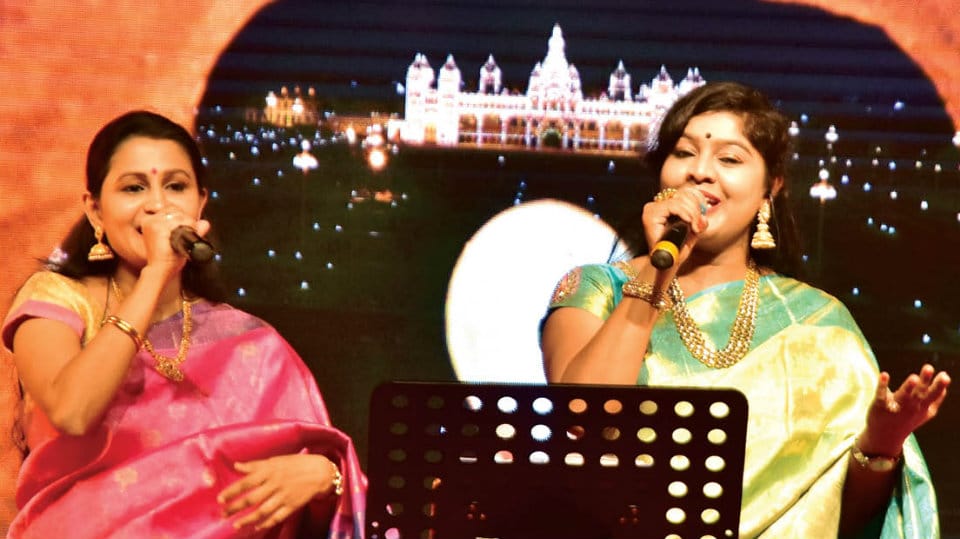 The rendition of ‘Naadamaya e Lokavella’ by Lakshmi Nagaraj and ‘Aaradhisuve madanari’ by Indu Nagaraj received a thunderous applause from the gathering. They later sang a few songs in Hindustani style.

On the LED screen installed on the dais, a few clippings were displayed focussing on voter awareness. ZP CEO K. Jyothi, Palace Broad Deputy Director T.S. Subramanya and others were present.