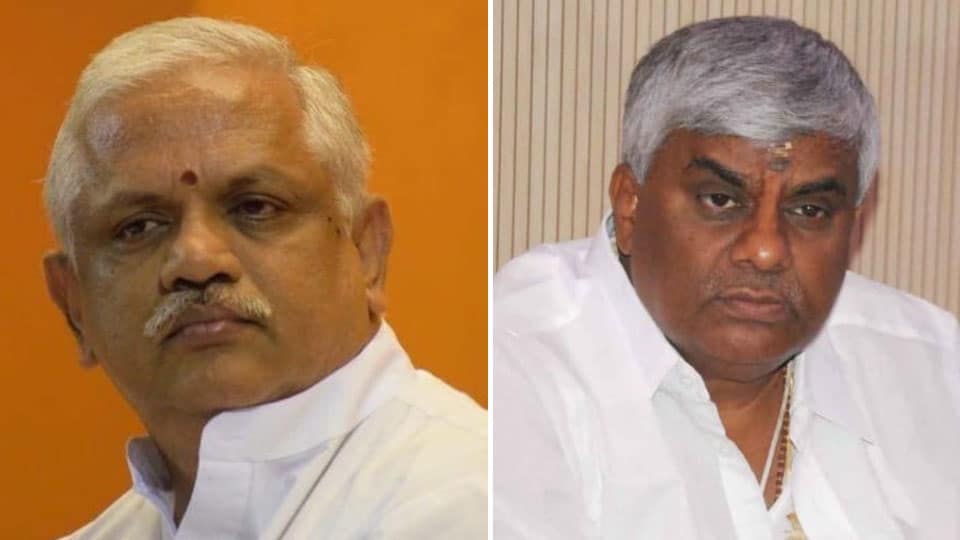 Bengaluru: The luncheon meeting between Holenarasipur JD(S) MLA H.D. Revanna and BJP National General Secretary B.L. Santhosh in Delhi has intrigued many in State politics and has given rise to speculations. Hassan MP Prajwal Revanna was also present.

It is learnt that Santhosh had called Revanna to Delhi and discussed the current political scenario in Karnataka. The duo is said to have discussed the possible developments. Since the Seers of over 500 Veerashaiva – Lingayat Mutts are up in arms against the BJP over ‘dumping’ their community’s mass leader, Yediyurappa might rebel against his own saffron party. In that situation, JD(S) support may be required to prevent the fall of BJP Government, sources said.

Former CM H.D. Kumaraswamy is said to have sent his elder brother Revanna to meet Santhosh in order to avoid him coming under the line of attack for his soft corner towards BJP.

Santhosh is a full-time RSS volunteer from Karnataka, who is controlling the reins of State BJP. He is a powerful figure in charge of the party but often at odds with BSY. He rarely meets people outside BJP and Sangh Parivar. A sharp analyst, Santhosh likes to control the levers of power from behind the scene. According to sources, Revanna and his son (Hassan MP Prajwal Revanna) met the BJP think-tank and discussed swift political developments. Top leaders in the saffron party, many BJP CMs and Central Ministers wait for an appointment with Santhosh. Under this circumstance, Santhosh asking Revanna to meet him in Delhi has surprised many.