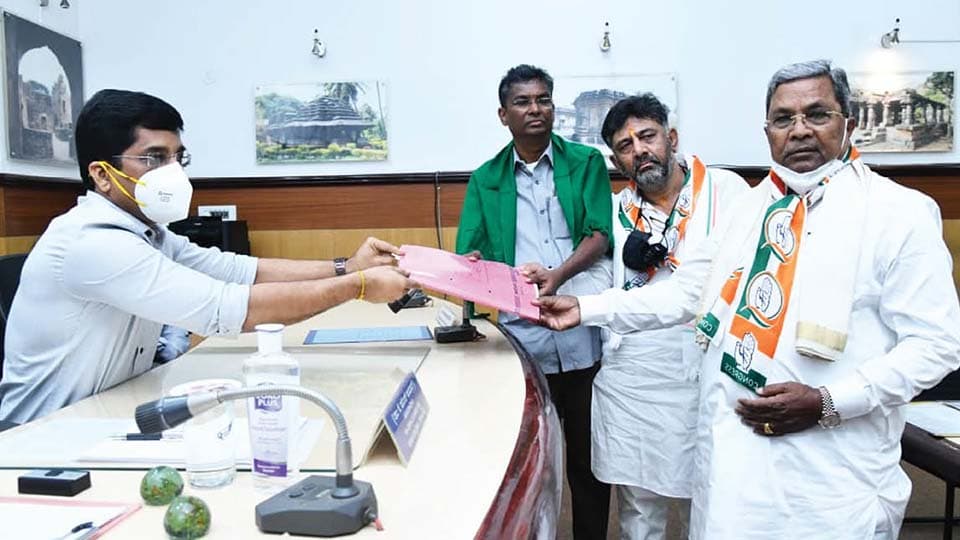 The bypolls will take place on Apr.17 and the counting of votes will be taken up on May 2.

Satish Jarkiholi, who is the sitting MLA from Yamakanamaradi Assembly segment in Belagavi district, is also a Working President of KPCC. The Congress high command had announced the name of Satish Jarkiholi last week to take on BJP candidate Mangala Angadi, wife of late Union Minister Suresh Angadi.

The bypolls was necessitated by the demise of Union Minister of State for Railways Suresh Angadi, who passed away in September last.