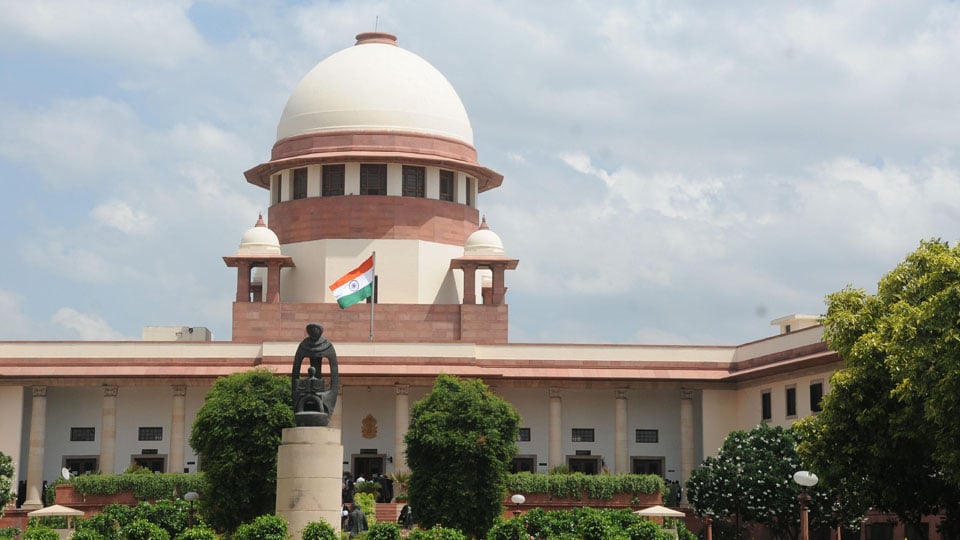 New Delhi: In what will put a complete closure to the legal battles regarding the Babri Masjid demolition, the Supreme Court (SC) today dropped the contempt proceedings against Uma Bharti, M.M. Joshi, Sadhvi Ritambara, Vinay Katiyar and others and ordered the closure of all the proceedings arising out of the demolition of the Babri Mosque in 1992.

The Apex Court also closed all proceedings initiated in the wake of the 2002 post-Godhra communal riots in Gujarat.

Citing that a larger Bench of the Supreme Court has already delivered a judgement on the Ram Janmbhoomi-Babri Masjid land dispute in Ayodhya, the SC Bench said that nothing survives in the matter now.

“There is a verdict delivered by a larger Bench. Nothing survives in this matter now. You can’t keep flogging a dead horse. We are only making an attempt to take up old matters. Some may survive some may go. A larger issue has already been decided by a Five-Judge Bench. Petitioner has died, contempt petition against the respondents closed,” Justice S.K. Kaul said.

In separate matters, the SC also closed all proceedings arising out of the 2002 riots in Gujarat. A batch of pleas was pending before the Supreme Court, commenting on which the Apex Court said that the cases have now become infructuous with the passage of time.

“Trials in eight out of nine cases are over and final arguments are going on in one case in the trial court, Naroda Gaon, Gujarat,” the SC Bench said.

Meanwhile, the Supreme Court will hear the bail plea of activist Teesta Setalvad who was arrested for allegedly fabricating evidence to frame innocent people in the 2002 Gujarat riots cases.

Solicitor General Tushar Mehta, who is appearing for Gujarat in the case, on Thursday told a Bench of Chief Justice U.U. Lalit that a response to Setalvad’s petition was ready but it required some corrections. On Aug. 22, the Top Court sought a response from the Gujarat Government on Setalvad’s bail plea who was arrested in June in the case.