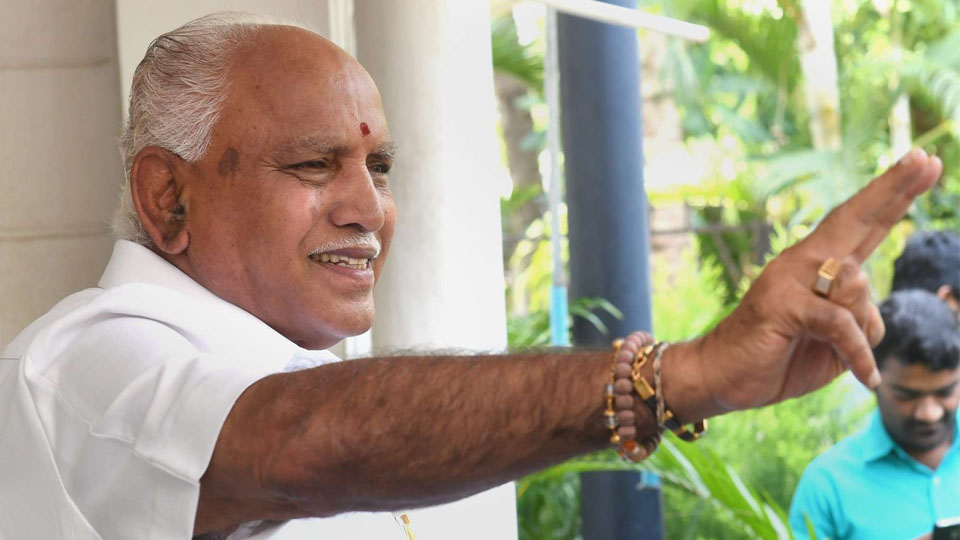 New Delhi:  In a rare early morning hearing, the Supreme Court (SC) decided not to stop BJP’s B.S. Yeddyurappa from being sworn-in as the Chief Minister of Karnataka today. However, the Court said it wanted to see the letters dated May 15 and 16 written by Yeddyurappa to Governor Vajubhai Rudabhai Vala staking claim to form Government and will hear the matter again at 10.30 am on Friday, May 18.

Singhvi argued that the Governor must have invited the post-poll coalition to form government as no single party had secured a majority. He questioned the 15 days time given to Yeddyurappa for proving majority saying the Supreme Court had earlier said “to give such time is to encourage the Constitutional sin of poaching…”

Singhvi contended that while even imposition of President’s Rule under Article 356 is subject to judicial review and wondered why the Governor’s decision cannot be subjected to judicial review. “Governor’s exercise of governmental duties can be fully reviewed,” he argued. Singhvi also cited instances of Meghalaya, Manipur, Goa, Delhi, Jharkhand and J&K as precedents of post-poll alliances being invited to form governments.

When Justice Bobde asked how the Court could assume anything unless it saw the letter (given by Yeddyurappa to the Governor), Singhvi said: “Yes, you can’t, on mere speculation, so postpone it by two days.” To this, the Judge countered: “So can we postpone on basis of mere speculation?” The Court asked how Yeddyurappa could cite numbers in his favour given the arithmetic when other side has given a list of those backing it.

Arguing for the Union of India, Attorney General K.K. Venugopal said: “we don’t know what happened in exchanges between Governor and Yeddyurappa, or what he has said in his letter.” The AG argued that a floor test was the best to know if the Governor’s decision was right.

Advocate Mukul Rohatgi contended that the Governor cannot be made answerable to the Court. “The petition should be dismissed,” he said, adding that it is completely misconceived. “The petitioners are trying to stultify a democratic process,” he added.