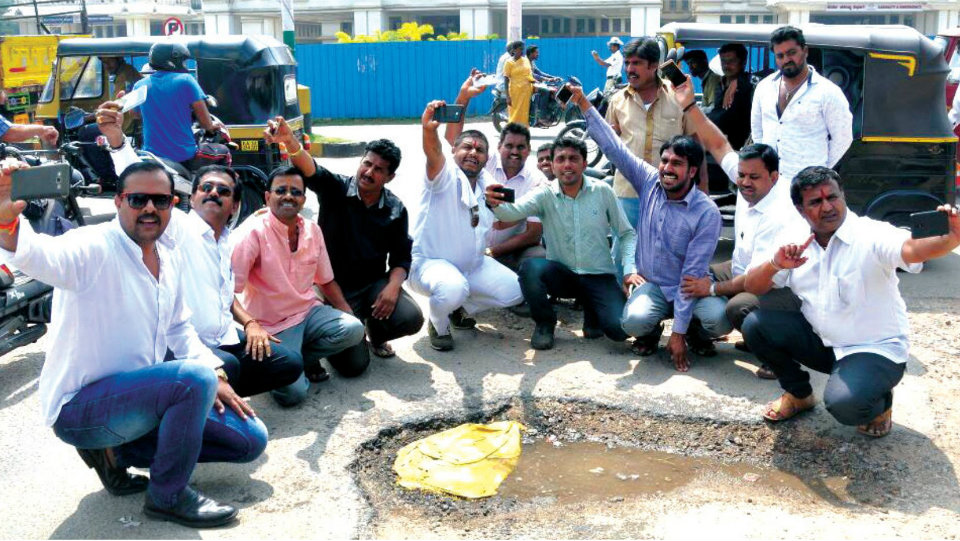 Mysuru: A ‘Selfie with Pothole’ Abhiyan to draw the attention of the elected representatives was launched near JSS Hospital by Mysore Rakshana Vedike activists yesterday.

The city is covered with potholes following heavy rains since the last two months. Added to this, substandard road works have been carried out. The officials have not come forward to fill the potholes. As a result, the public are put to a lot of inconvenience. Hence, this Abhiyan has been started, said Vedike President M.K. Premkumar.

The selfies need not be used only for self-promotions on social media. It can be used as an effective tool for public causes too. This is the medium used to urge the youth  community to participate in such social causes, he said.