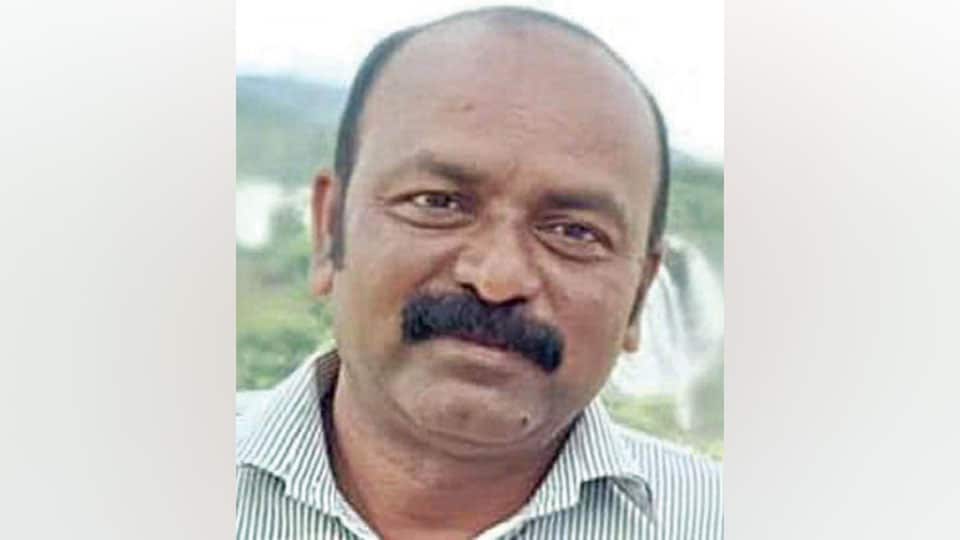 Suresh (52), who was working for a private TV Channel as Chamarajanagar district reporter and was residing at Doddarayapete in the taluk, is the deceased.

Suresh was said to be suffering from chronic lung ailments  and was undergoing treatment for the same at a hospital. But depressed over his ailment, Suresh consumed poison at his residence on Friday morning following which he was rushed to the District Hospital, from where he was shifted to K.R. Hospital in Mysuru. But he breathed his last Late on Friday after failing to respond to the treatment, it is learnt.

Suresh leaves behind his wife and two sons. Last rites were performed at his native place Doddarayapete this afternoon, according to family sources.