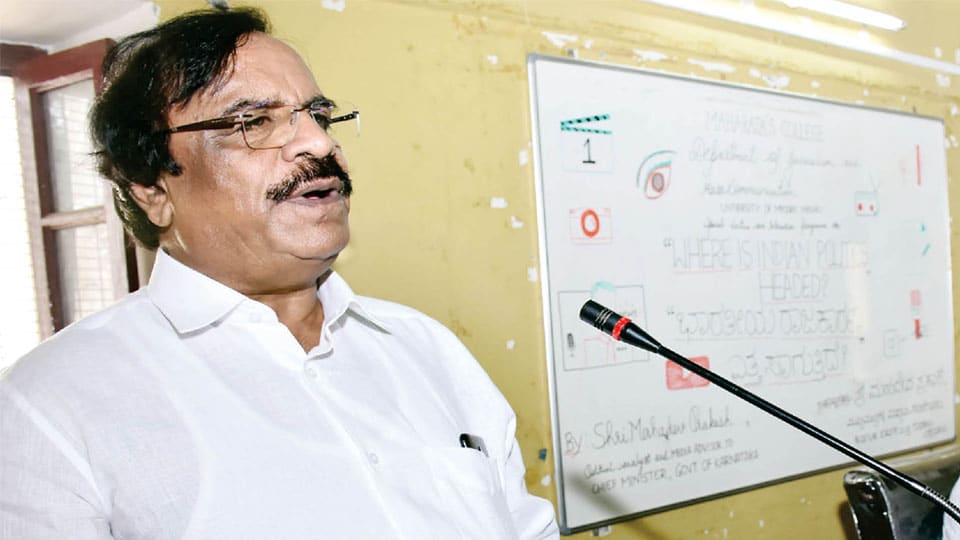 Bengaluru: Senior Journalist and former Media Adviser to Chief Minister B.S. Yediyurappa, Mahadeva Prakash (65), passed away at a private hospital here on Friday following brief illness. He is survived by wife and a daughter.

Mahadeva Prakash started his journalism career with the now defunct ‘Lokavani’ newspaper that was run by former Chief Minister Late Veerendra Patil in the 1970’s, at an young age.

He later started multiple publications himself and was currently the editor of  monthly magazine ‘Ee Bhanuvara’.

He had earlier served as editor of ‘Kannada Nudi’ magazine of Kannada Sahitya Parishat. He was appointed as Media Advisor to CM B.S. Yediyurappa in 2019, but he quit in Nov. 2020.

Mahadeva Prakash was known to be an authority on the political history of the State, an expert in electoral analysis and Psephology. His column ‘Horalu Nota’ in a Kannada daily, earned him repute. A good orator, he became a television personality on politics in recent years.

D. Devaraj Urs Backward Classes Commission Chairman Raghu Kautilya has condoled the death of Mahadeva Prakash. In his condolence message, Raghu said that Prakash’s political analysis was excellent and recalled the senior journalist’s service when he was the media advisor to the Chief Minister.