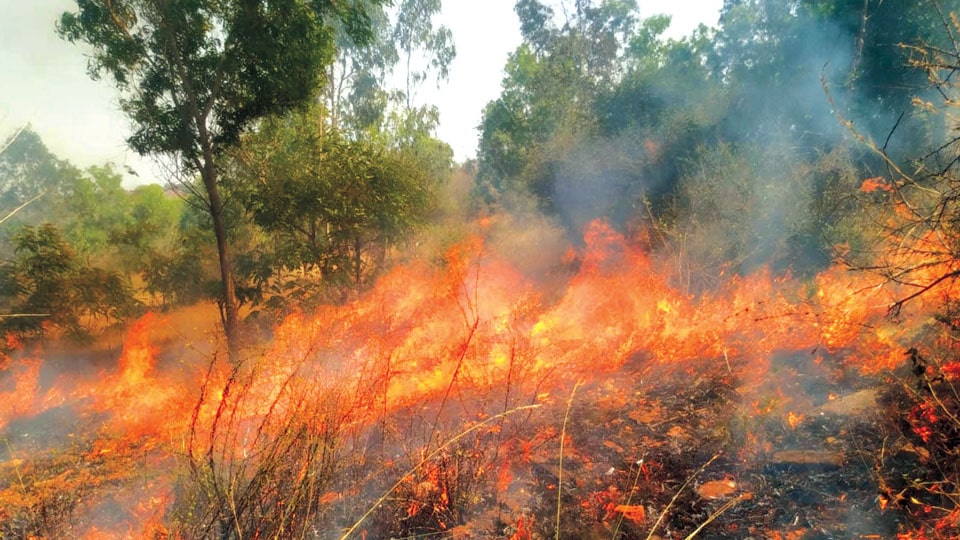 One more nabbed; Total arrests goes up to four

Gundlupet: The Forest Department officials, who had earlier arrested three persons on charges of setting fire to Maddur Forest in Bandipur Project Tiger recently, have arrested one more person, thus bringing the number of arrests to four.

The arrested person is 55-year-old Kongalli of Lakshmipura village. He has been remanded to judicial custody.

On Apr. 23, the Forest officials had arrested 48-year-old Cheluva of Lakshmipura Colony, 38-year-old Ganesh of Kerala and a minor boy. Bandipur Project Tiger Director Natesha said that efforts are being made to arrest others involved in setting fire.