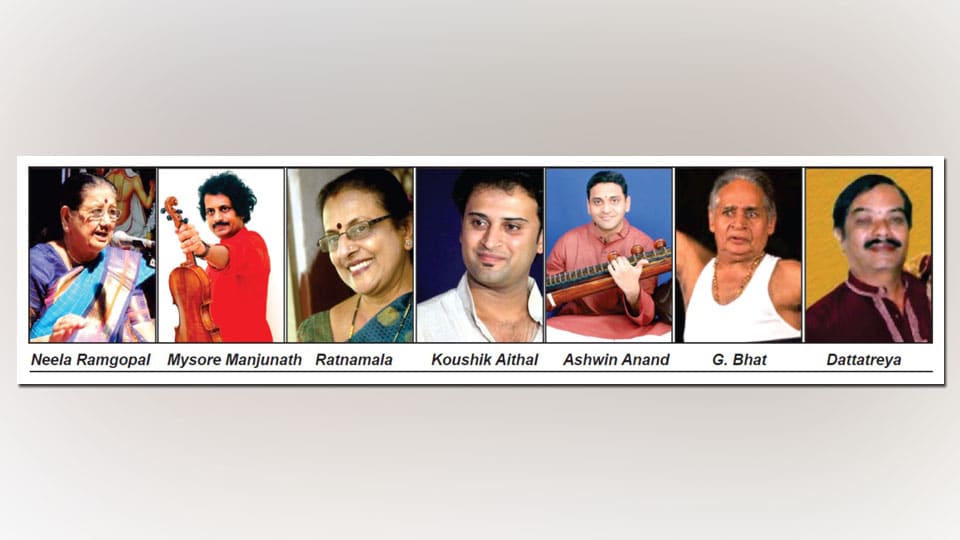 New Delhi: Seven eminent artistes from Karnataka, including city-based Vid. Mysore M. Manjunath, have been chosen for the prestigious Sangeet Natak Akademi Awards for 2016 for their contribution to the fields of music, theatre and puppetry. They are among the 43 awardees from various parts of the country.

The Academy awards carry a purse of Rs. 1 lakh, a tamrapatra and an angavastram.

For the first time, the Sugama Sangeetha music form from Karnataka has been identified for the award and Ratnamala Prakash is the first recipient of the honour. Apart from numerous Bhavageetas (Sugama Sangeetha), she has sung many film songs over four decades. Ratnamala Prakash was the recipient of the Santa Shishunala Sharif award in 2016. “I dedicate the award to my illustrious father R.K. Srikantan and my mentor C. Ashwath,” she said.

Neela Ramgopal at 82 is among the senior-most Karnatak vocalists of Karnataka and a sought-after music teacher. A student of Sadagopalachari, N.M. Narayanan and T.K. Rangachary, she is the recipient of many awards, including one from Madras Music Academy.

From Royal Albert Hall to Sydney Opera House, violinist Mysore M. Manjunath has performed across the globe. According to music critics, his style is marked by strict adherence to classicism, and a perfect blend of emotive appeal and intellectual sophistication.

Octogenarian K. Govind Bhat started his career in Thenku Thittu School of Yakshagana in 1951, and continues as a professional artiste in the Dharmasthala mela.