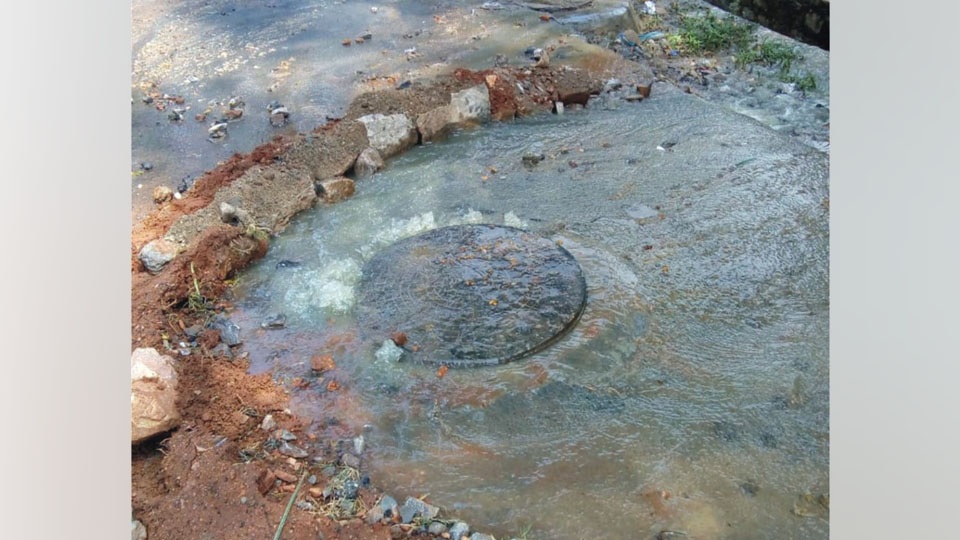 Sewage water, which is overflowing from a blocked manhole on the 11th Cross of Siddappaji Temple Road, near Madegowda Circle in Hebbal 1st Stage, is causing a lot of inconvenience to the residents living in the surrounding since a week. Residents, who have diverted the sewage water to the drain, said that though they are giving reminder calls since five days after lodging complaint, none have attended to the complaint.