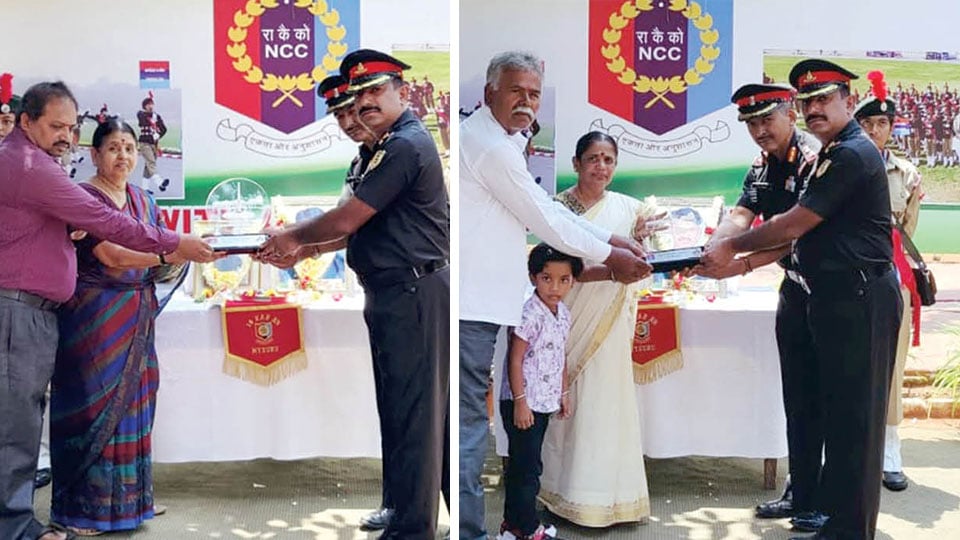 Mysore/Mysuru: As part of Azadi Ka Amrit Mahotsav and as per the initiative taken by Prime Minister Narendra Modi, more than 26,000 martyrs from across the country are being honoured with the ‘Plaque of Gratitude’ under the nationwide flagship programme of National Cadet Corps (NCC) titled ‘Shaheedon Ko Shat Shat Naman.’

This event to honour the supreme sacrifices made by the fallen heroes in defending the nation commenced on Jan. 26, 2022 and the NCC plans to present this plaque to the next of kin of all martyrs by Aug. 15, 2022, across the country.