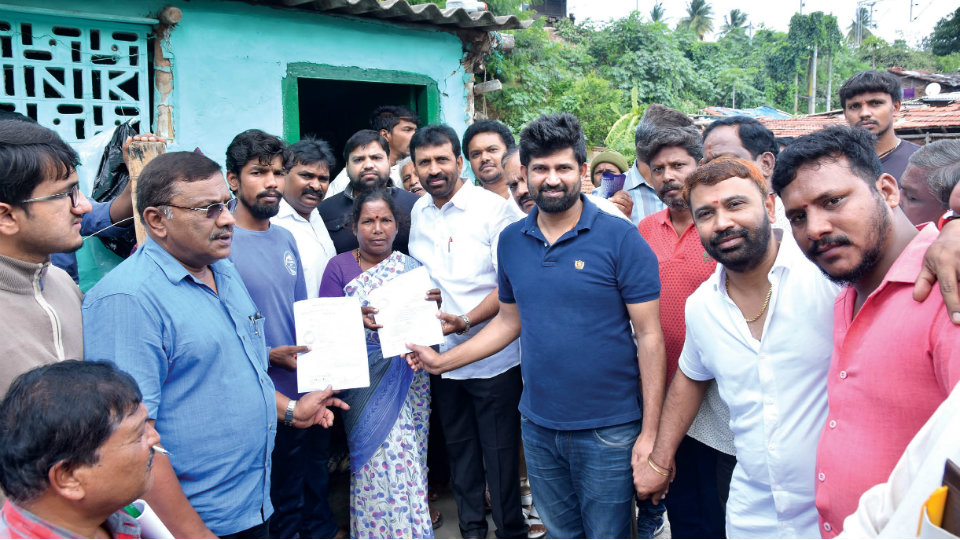 Mysuru:  MP Pratap Simha launched the shifting process of Medar Block slum-dwellers on Sunday by distributing Title Deeds to them for houses built in Ekalavya Nagar.

More than 190 families were living in tent houses and shanties along the Mysuru-Bengaluru Railway Track at Medar Block. The Railway Dept. had asked the District Administration to evacuate the slum-dwellers as the Railways needed additional land for track-doubling and other development works.

But the slum-dwellers insisted that they would not vacate their dwellings as they had settled down at Medar Block for over four decades.

But on Saturday, Chamaraja MLA L. Nagendra visited Medar Block in a bid to convince the slum-dwellers to relocate to Ekalavya Nagar where houses have been constructed for them under JNNURM Scheme.

On Sunday, MP Pratap Simha, along with MLA Nagendra, visited Medar Block, held talks with the slum-dwellers and succeeded in convincing them to move out.

Later, the MP, in a draw of lots, distributed Title Deeds to slum-dwellers who have been sanctioned JNNURM houses at Ekalavya Nagar.