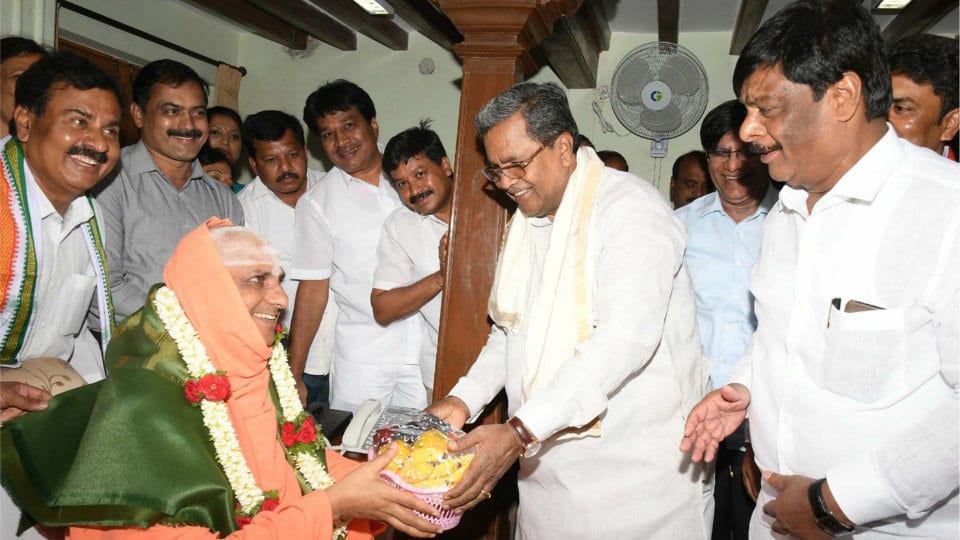 Lashing out at former CM and State BJP Chief B.S. Yeddyurappa for opposing the presentation of State budget in the name of model code of conduct for Nanjangud and Gundlupet Assembly bypolls, Chief Minister Siddharamaiah asked Yeddyurappa to explain how the Union Government went ahead with the presentation of budget on Feb.1 when model code of conduct was in force for Assembly polls in five states.

Speaking to press persons at his residence in Ramakrishnanagar here this morning, Siddharamaiah termed BSY as the most corrupt leader in the State and the State BJP had no moral right whatsoever to speak about others on the issue.

Reiterating that he need not learn any lesson from BSY on transparent governance, the CM said he had been holding talks with associations and organisations and intellects ahead of the presentation of budget on Mar.15. 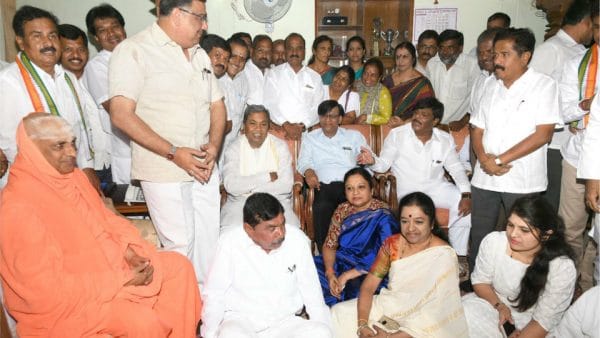 Referring to the bypolls, the CM exuded confidence that the Congress would win both the seats. Congress leader and CM’s son Dr. Yathindra and other local leaders were present. Later the Chief Minister visited Suttur Mutt in the city to seek the blessings of Shivarathri Deshikendra Swamiji. Later speaking to press persons, Siddhramaiah replying to Sreenivasa Prasad’s challenge, sarcastically said that he would not like to talk about big leaders such as Prasad.

Claiming that Nanjangud Assembly segment is a Congress stronghold since 1952, the CM said that the Congress has begun preparations for the bypolls by holding village level meets across the constituency.

Replying to a question whether Kalale Keshavamurthy, who quit the JD(S) to join the Congress  recently, he said that the Congress High Command will decide on the party candidate for Nanjangud bypoll.

Maintaining that the BJP was a communal party, whereas the Congress was a secular party, Siddu said the bypolls was a clash of ideologies rather than a contest between two candidates.

Replying to a question on his visit to Suttur Mutt, now, Siddharamaiah merely said he had not met Deshikendra Swamiji since Dasara and as such he had visited the Mutt to seek his blessings.