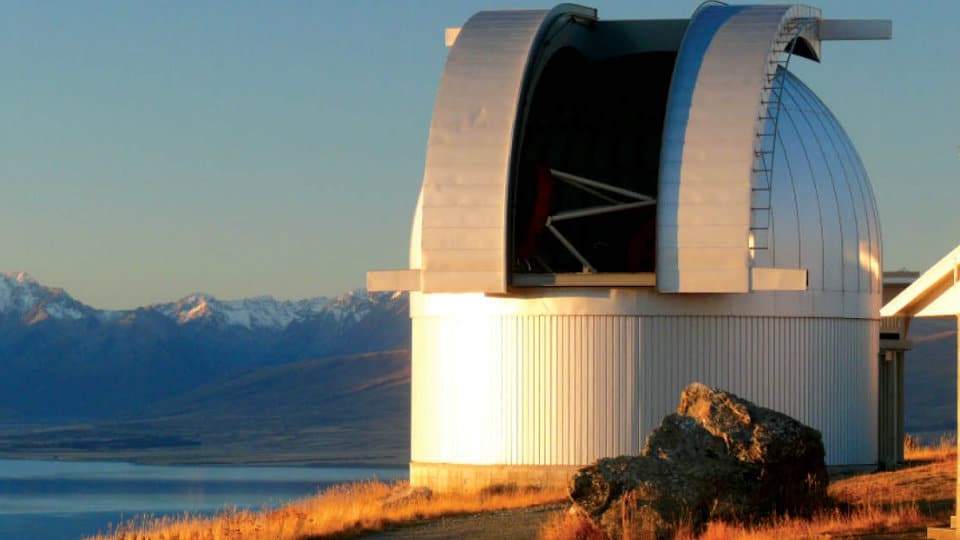 Sky Observatory or Telescope to come up atop Chamundi Hill

Mysuru: Buoyed by the success of city viewing through a binocular from a specially-created platform atop Chamundi Hill, the District Administration is toying with the idea of setting up a telescope or a sky observatory atop the Hill for star gazers to admire the night sky.

At present, tourists can view the city through a binocular set up at a special View Point at the junction between Nandi Statue Road and the Chamundi Hill Road. One more binocular will be installed at another View Point that has been set up near the WELCOME sign on the same stretch.

Deputy Commissioner D. Randeep told Star of Mysore that lakhs of tourists visit Chamundi Hill and as of now, there are no facilities to retain them atop the Hill. “We want devotees to not just visit the Chamundeshwari Temple. We want them to visit other places too like the View Points and the place where the telescope will be set up,” he said.

The DC said that he has already asked the Executive Officer of Chamundi Hill Prasad to identify land to set up either a high-definition telescope or a sky observatory. Once the land is identified, a platform will be set up and will be fenced.

“Tourists can come here during late evenings and watch the night sky. This will boost the revenue of Chamundi Hill,” Randeep said.

It may be recalled here that in 2014, a similar project was mooted to install telescopes atop Chamundi Hill for visitors to get a panoramic view of the city. The project, however, failed to take off. Now the District Administration is reviving the project, making it a facility to view the sky and not the city.

This time, the District Administration has to decide on the telescope timings after dark as it has already banned visitors to the Hill after 10 pm.