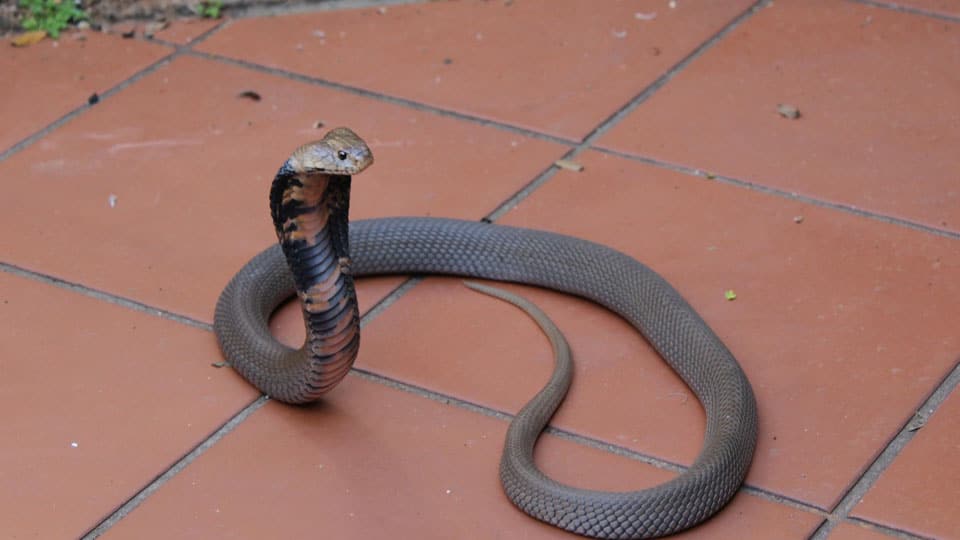 Mysuru: Cobra, which had got tangled to a bike wheel, was rescued at Bogadi and was later released into the forest.

The snake was sighted near a house by the residents and soon people began to gather near the house. The snake, sensing fear, got itself tangled to the wheel of a bike which was parked nearby.

Soon, snake rescuer Ramesh, who rushed to the spot, rescued the Cobra and later left it into the forest.