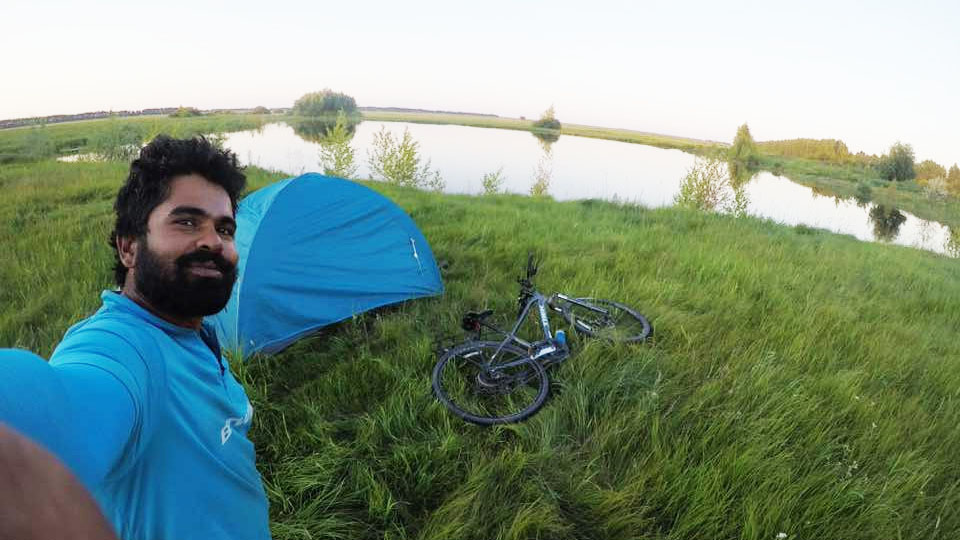 As the FIFA World Cup 2018 fever grips over Russia, fans from all over the World have displayed their passion for the quadrennial football extravaganza. In India, Kerala as always a hub of World Cup fever, and a football-crazy fan from the State has cycled all the way to Russia to watch the tournament and realise his dream of meeting Argentina’s living legend Lionel Messi.

Clifin Francis, 28, flew to Dubai from Kerala on February 23, bought a cycle and took a ship to the port city of Bandar Abbas, the capital of Hormozgan province on the southern coast of Iran, before embarking on his cycling odyssey to Russia. “I am very happy. It was a four-month-long journey,” Francis told from Tambov, a countryside town in Russia on June 18.

He said he had bought a ticket for the France-Denmark match on June 26 and was waiting to watch it. “Every day you meet new people, see new landscapes, new culture….,” he said, adding both good and bad experiences came his way during the journey.

Francis says though all his papers, including visa, were in order, he was denied permission to enter Georgia through Azerbaijan, forcing him to take an alternative route. “I felt sad at their behaviour as a German cyclist was allowed to take the route. But there were times when I saw the goodness in human beings as people whom I had never met gave me shelter, the warmth of their homes and offered food,” the software engineer said.

Football had always been his first love and watching the World Cup a long cherished dream. He hopes to reach Moscow by June 21, he said adding it is his long cherished dream to meet Messi. Asked if he would be able to make it come true, he said, “I have reached this far. I am an optimist. My desire is to meet Messi. (I) Don’t know if it is possible… I am a diehard fan of his.”