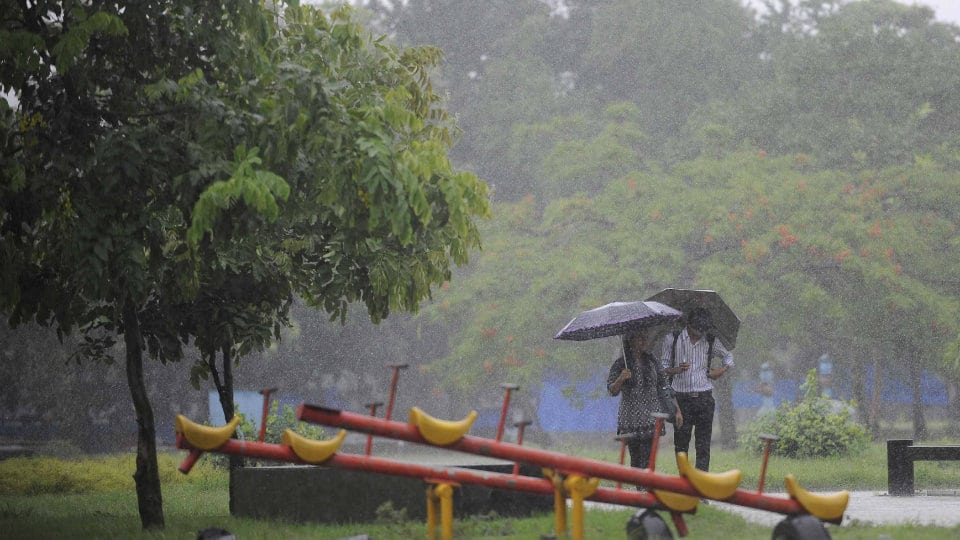 New Delhi: The Southwest monsoon hit Kerala and the North East this morning, couple of days prior to Meteorological Department’s prediction. The monsoon has also hit the North East. Thanks to Cyclone Mora, which has caused advancement of monsoon.

The normal onset of monsoon to hit the Kerala coast was predicted to be on June 1. This year, monsoon has arrived two days before its scheduled date. The IMD declares the arrival of monsoon rains only after parameters measuring consistency of rainfall over a defined geography, intensity, cloudiness and wind speed are satisfied.

Andaman and Nicobar Islands that are usually the first areas to receive the monsoon rains, received rainfall six days ahead of schedule earlier this month. The southwest monsoon delivers about 70 per cent of India’s annual rainfall.

Farmers plant rice, cane, corn, cotton and oilseeds during the rainy months of June and July. Harvest starts from October.