Home » News » Speaking ill of constitution is a disgrace to any individual: V. Sreenivasa Prasad 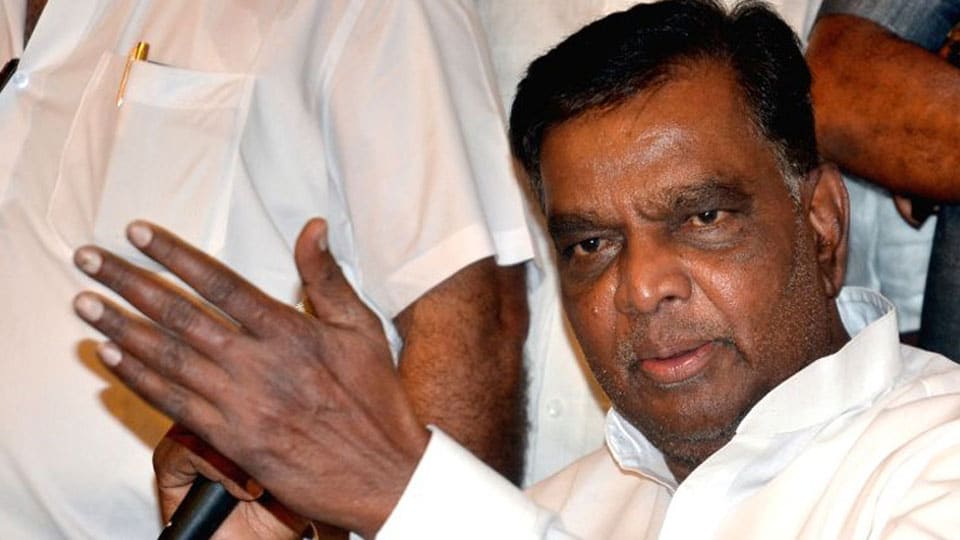 Speaking ill of constitution is a disgrace to any individual: V. Sreenivasa Prasad

Mysuru: “Constitution of India is one of the greatest achievements of Dr. B.R. Ambedkar and speaking ill of that valuable book is a disgrace to any individual” said former Minister and BJP leader V. Sreenivasa Prasad.

Prasad recalled that Ambedkar and the constitution had an emotional bonding and ridiculed the claim of Anant Kumar Hegde to change the constitution which was next to impossible as constitutions could be only amended. He suggested the party higher ups to ask the leaders to refrain from passing such childish and irrational remarks. He said that tendering apology at the behest of party leaders was of no use. Similarly speaking in derogatory language on secularism by Hegde was demeaning, he said.

Referring to Pejawar Seer, Prasad said that out of the eight Mutts in Udupi, only Pejawar Seer was speaking ill of the constitution questioning the rationale behind that. When reporters questioned Prasad whether he would contest the Assembly polls from Nanjangud, Prasad said that he is penning a book which will be released shortly which would throw light on his political career. He claimed that Chief Minister Siddharamaiah cannot win from Chamundeshwari Constituency. Former MUDA Chairman K.R. Mohan Kumar, Former President of MCDCC Bank C. Basavegowda, Former MLC Siddaraju, Former MP Shivanna, Karnataka Pradesh Hotel owners Association President Rajendra and others were present.