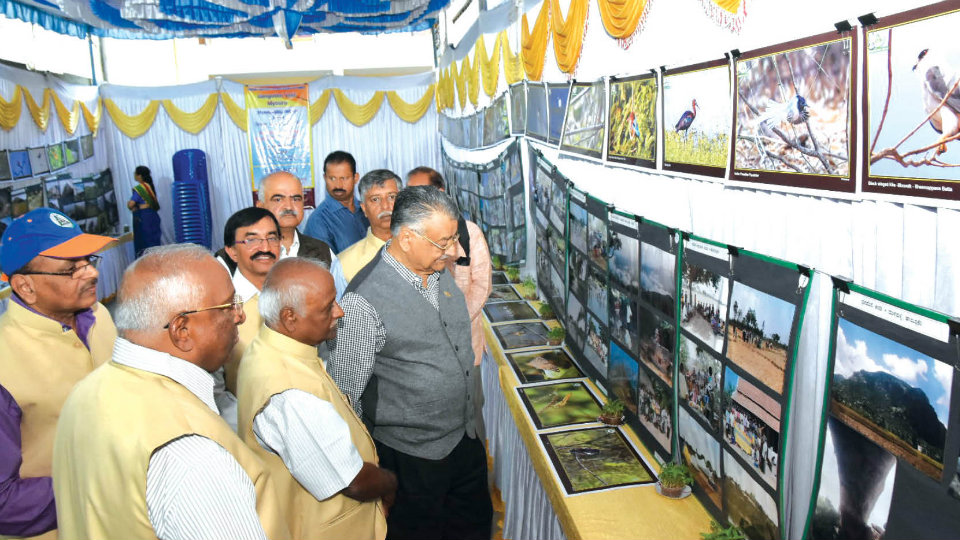 He was speaking after inaugurating the 30th anniversary celebration of YHAI, Gangothri Unit at Sarada Vilas Centenary Hall in Krishnamurthypuram       here yesterday.

Recalling his association with YHAI, Gangothri Unit, Kantharaju said that a YHAI team led by Manish Kumar and Chandrashekar would  frequently come to Bandipur for trekking when he was serving as the Deputy Conservator of Forests there. The team used to stay in the forests for about three days, watching the activities and movements of animals, he said and added that the spots where YHAI team stayed has been made into permanent camps.

Continuing, Kantharaju said that the Forest Department had engaged YHAI in carrying out Tiger and Elephant   census in Forests.

Pointing out that YHAI has been serving the society by organising health check-up camps for Tribals and Forest Department staff and launching many  other such initiatives, Kantharaju said that now that he has retired from service, he can join hands with YHAI for extending its services.

Speaking on the occasion, he said that the exhibition features  rare and exciting photographs taken by YHAI members during expeditions and trekking in forests and other spots, which are not only marvellous but also special in respect of clarity and their background. It is delightful to note that the Gangothri Unit of YHAI is celebrating its 30th anniversary, he added.

K.B. Ganapathy was felicitated on the occasion. YHAI members and children presented a cultural programme which delighted  the audience.