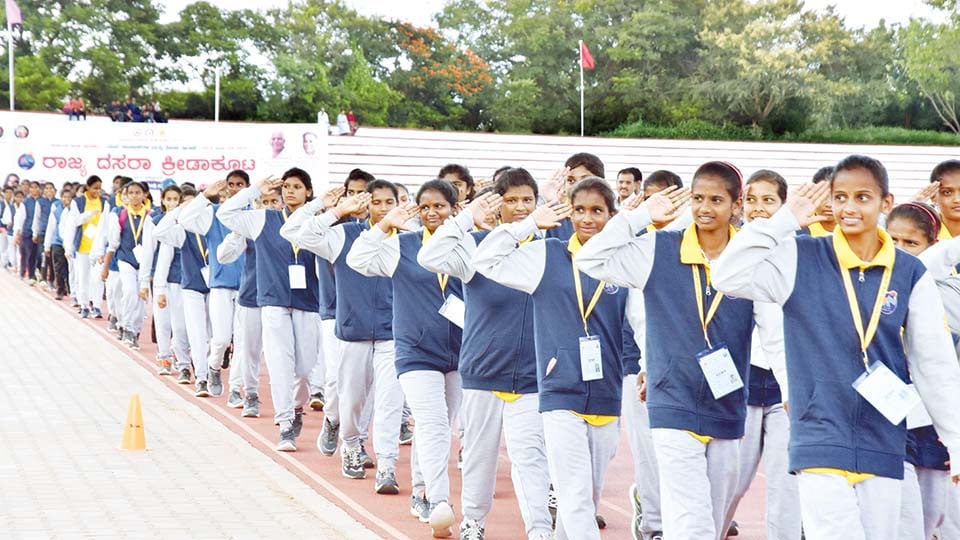 Mysuru: Following the publication of the news item titled “No prize money yet” in Star of Mysore dated Dec.11, 2019, the Department of Youth Empowerment and Sports has come forward to distribute prizes to Dasara Sports Meet winners.

The Dasara Sports was held from Oct.1 to 6 at Chamundi Vihar Stadium and at other venues in the city, with International Badminton Icon P.V. Sindhu inaugurating the meet in the presence of Chief Minister B.S. Yediyurappa on Oct.1. The week-long event featured 32 games. But the Department of Youth Empowerment and Sports, which had organised the event, failed to distribute cash prizes to the winners even after two months of the event. Now the Department has worked out a plan, according to which the prize money amounting to about Rs. 30 lakh will be distributed using the funds of the Sports Authority. The Department will reimburse the funds to the Sports Authority after the Government releases the grants, according to the Sports Department’s Assistant Director K. Suresh, who also said that the Department will start distribution of cash prizes in a couple of days.

The Department will once again check the bank account details furnished by sportspersons and once the verification is over, the Sports Authority will start crediting the prize amount directly to their bank accounts.

Pointing out that boarding, lodging and travel bills of players, officials, umpires, referees and other facilitators have been almost cleared, Suresh said that the balance amount will be cleared in a couple of days.