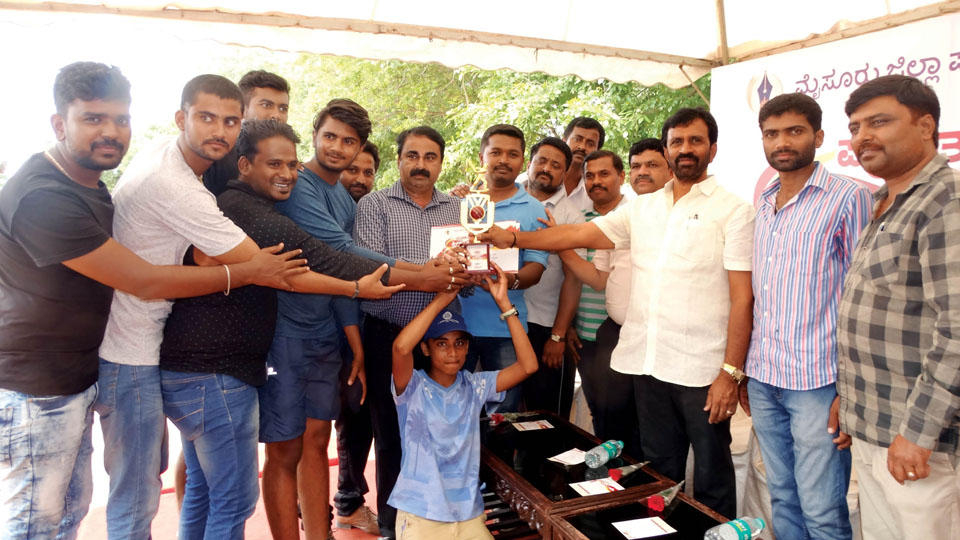 The two-day annual sports meet for scribes organised by Mysuru District Journalists Association (MDJA) concluded at the University of Mysore Sports Pavilion Grounds yesterday with prizes being distributed to the winners in various sports.

The prizes were distributed by MLA L. Nagendra at the valedictory function last evening. Speaking on the occasion, Nagendra said that the scribes, apart from giving preference to their profession, should give importance to their family and suggested to hold sports events for scribes monthly instead of annually besides providing entertainment for children.

State-level athlete G.J. Chethan, speaking after being felicitated, called upon the parents to bring their children to the grounds or stadium and involve them (children) in sports, which would help in identifying their talents.

“Sports is as important as education. Participating in sports will help one keep fit mentally and physically,” he said and requested the MLA to establish a stadium in every 10 kms.

MDJA President C.K. Mahendra, General Secretary K.J. Lokesh Babu and others were present during the valedictory.

The winners of various sports are as follows: