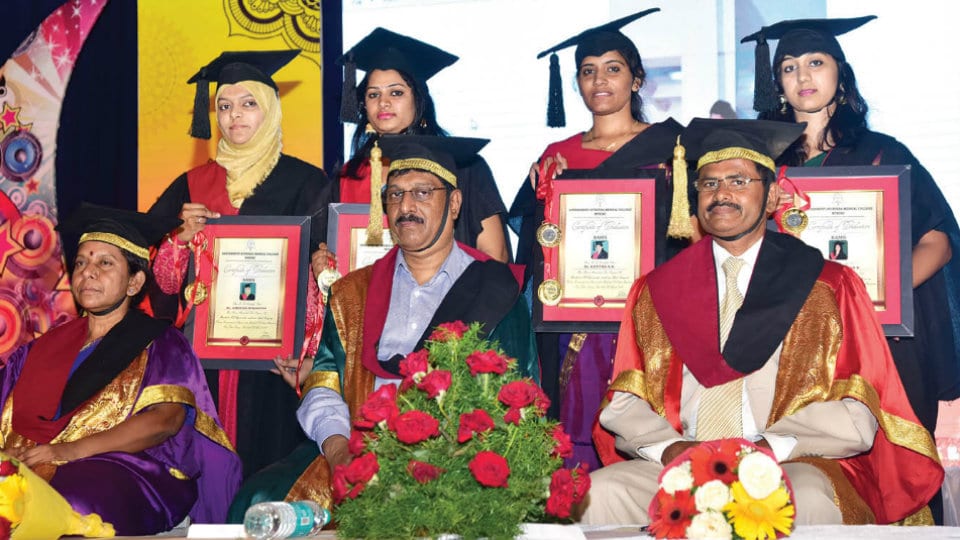 The Graduation Day of Government Ayurveda Medical College, Mysuru, titled ‘Antharya 2011-2017 Vishikhanupravesham’ of 2011-17 batch of students, organised by the Junior Doctors Association of the College was held  this morning at MMC&RI  Platinum Jubilee Hall in J.K. Grounds here. 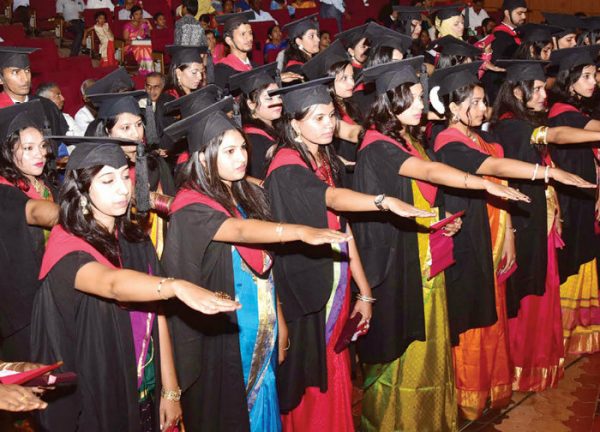 Delivering the graduation day address, Dr. B. Krishnamurthy, Director and Dean, Mysore Medical College and Research Institute (MMC&RI), opined that the batch of students have graduated with flying colours and added that the students should also be indebted to their lecturers for their invaluable guidance and support.

He reminded the new graduates that the actual career journey begins now which should be tread with dedication, honesty and perseverance to excel in the field. He contended that Ayurveda was an ancient medical practice which has new vistas and avenues for professionals to achieve their goals.

However, he advised the graduates to spread the concept of Ayurveda in rural areas to widen the base of ancient medicine.

Superintendent of Police (SP) Ravi D. Channannavar was the chief guest.  Former Additional PCCF and Director of the Department of AYUSH G.N. Srikantaiah was the guest of honour. College Principal Dr. P. Latha presided over the programme.