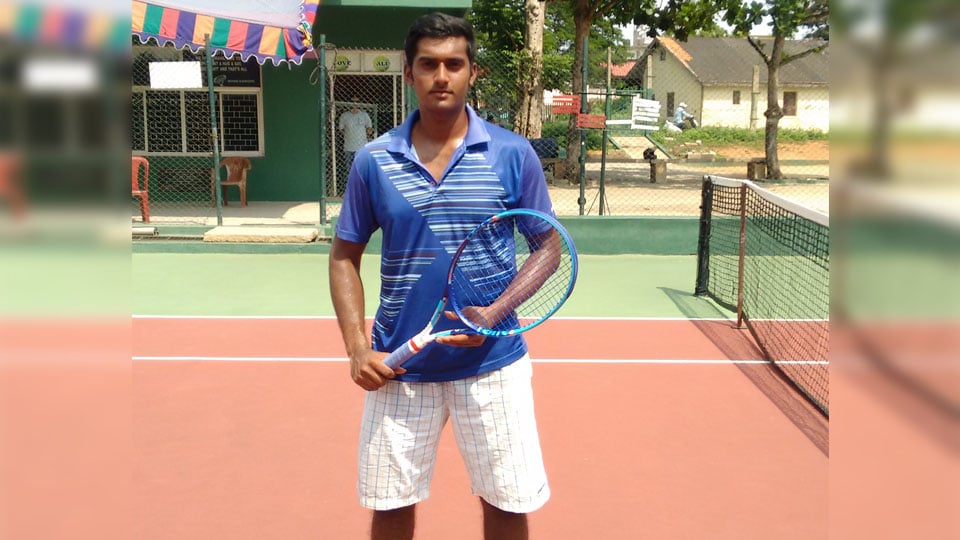 In the Men’s Singles first round, Prajwal Dev beat Diego Matos 6-2, 6-0 to progress further. In the pre-quarter-finals, he will take on second seeded Alexander Zhurbin today. In the Men’s Doubles first round, Calun Puttergill and Giovani Samaha combined well to beat Mysuru lads C. Vasisht and Prajwal Dev 6-3, 7-5 and sailed into the last eight stage of the tourney.

Mysuru lad Vasisht lost in the final qualifying round in the Men’s Singles. Anze Aru beat  Vasisht 5-7, 6-4, 6-2 and qualified for the tournament proper.