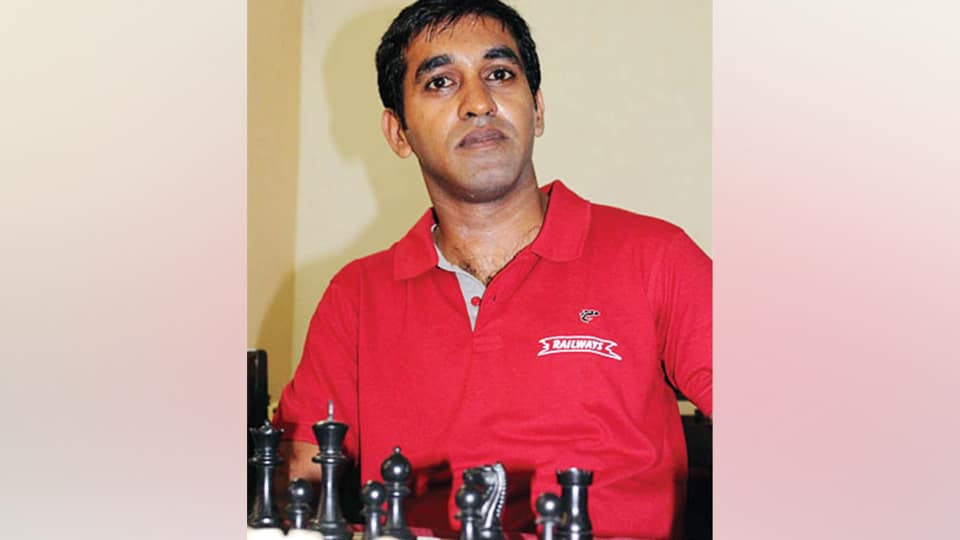 IM M.S. Thejkumar along with Mysuru lad and former state champion Y.G. Vijayeendra are tied with 6 points each from six rounds and on the basis of the former’s better tie-break scores is placed number one after the end of six rounds in the Sri Lanka Open International Rating Chess Championship 2017 at YMBA Hall, Kurnegala near Colombo, yesterday.

Thejkumar in the fourth round beat C.S. Kumarawadu of Sri Lanka and in the fifth round he defeated C.M. Lasitha Subash. In the sixth round, Thejkumar scored a well earned win over Ratnayake M. A. A. A. (Rating 1953) and shot into the lead.

Y.G. Vijayeendra had wins over Koggala W.S.T.N, Prabajith Asela and Tennakoon I.L.K. (all from Sri Lanka) in the fourth, fifth and sixth rounds to be placed second in the rankings with 6 points each.

Sri Lanka’s Theekshana (5.5 points), Ratnayake (5 points) and Tennakon (5 points) are placed from third to fifth in the rankings.