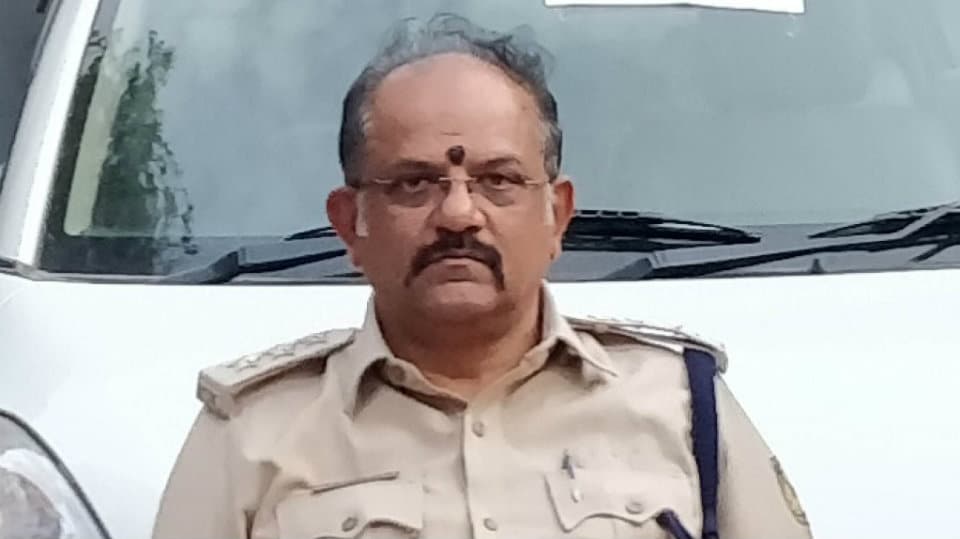 Srirangapatna: Srirangapatna Sub-Division Deputy Superintendent of Police (Dy.SP) Yogendranath has allegedly attempted suicide at his residence in the early hours of this morning.

Yogendranath was said to be depressed following illness, which forced him to make attempt to end his life by slitting his wrist with a blade at his residence in Baburayanakoppal.

Yogendranath was staying with his uncle, uncle’s son and cook Dinesh at the rented house, while his family members are staying in Bengaluru. Dinesh, who saw Yogendranath bleeding heavily in the bathroom, alerted other members in the house, who then rushed him to a local hospital, where he was provided first-aid and was later shifted to Narayana Multispecialty Hospital in Mysuru, where he was admitted in an Intensive Care Unit (ICU).

Sources said that Yogendranath has been shifted to ward and is said to be out of danger.