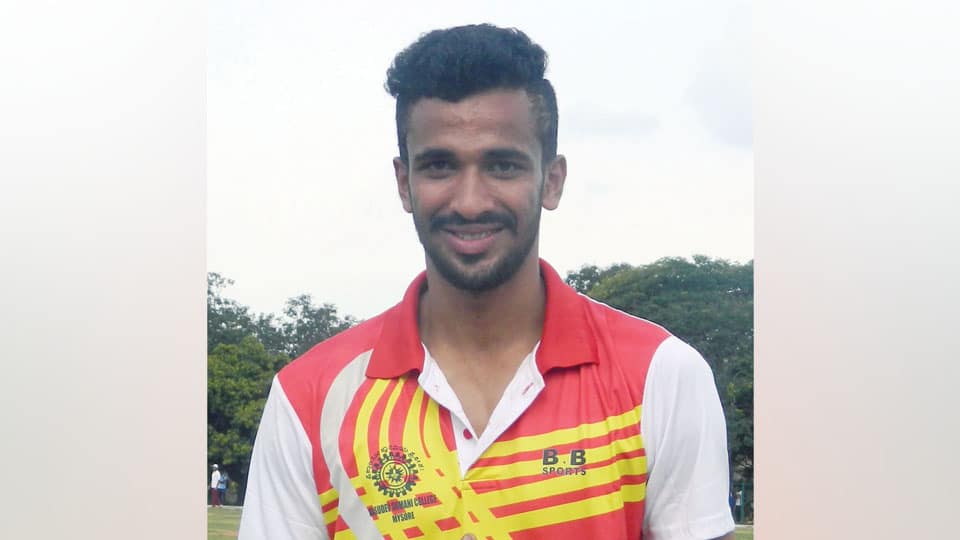 Athletics is a global sport and is very popular in the sporting scene. It is considered as the Mother of all sports. Our city’s athlete R. Sagar, taking part in the 89th Annual University of Mysore’s inter-collegiate athletic meet 2017-18 from 13th-15th October 2017, created two new records in the 110m Hurdles for men and was part of the record breaking 4x100m relay quartet of the Basudeva Somani FGC college team. He is our “Star This Week.”

Sagar, a II year B.A. student at the Basudeva Somani FGC, Mysuru, is an upcoming athlete who has been doing well in the Senior level in the State and National meets. Sagar, taking part in the 89th Annual University of Mysore’s Inter-collegiate athletic meet, created a new record in the men’s 110m Hurdles event. He won the gold with a timing of 14.91s, erasing the previous record of 15.19s set by J. Mahendra Rao of Basudeva Somani FGC in 2010-11.

Sagar has represented Karnataka State in the National level and has won second place in the Senior State meet in the 110m Hurdles. Sagar represented the University of Mysore in the All-India Inter-University meet held at Chennai last year and gained valuable exposure taking part in the meet.

Encouraged by Basudeva Somani FGC and its Physical Director Sadashiva Bhat, R.Sagar, intends to represent the University of Mysore and perform well in the All India Inter-University level and win a medal. He also trains at SAI, Bengaluru and is coached by athletic coach Venu.

He aims to work hard in the days to come and represent the country in the International level. Hope this talented athlete from Basudeva Somani FGC, Mysuru, achieves his goal in the coming days.