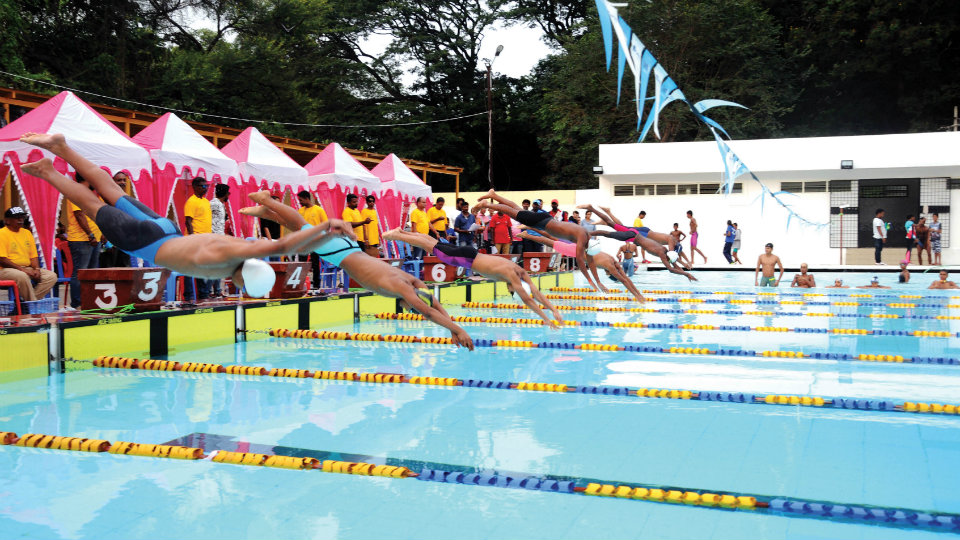 Mysuru: Four new State meet records were set on the second day by the swimmers of Dolphin Aquatics, in the Karnataka State Sub-Junior and Junior Aquatics Championships 2018, conducted by Mysore District Swimming Association (MDSA) at the University swimming pool here on Friday.

Kapil D. Shetty of Dolphin Aquatics, swimming in lane four, set the pool to blaze with a splendid performance in the Group II boys 50m backstroke event. Kapil Shetty swam to a new State record timing of 29.52s, erasing his own mark of 30.12s set in the heats in the morning session. He had bettered the previous State record set by Siddarth Joshi of Global (30.19s in 2016).

In the girls’ Group II 50m Backstroke, Nina Venkatesh of Dolphin Aquatics swam to her second State record (she had won the 100m backstroke with a NMR on the first day), when she clinched the gold with a timing of 32.19s, erasing the previous mark set by Suvana C. Baskar (Dolphin-32.38s-2017).

Suvana Baskar of Dolphin Aquatics won her second gold in Group I girls section (she had won the 100m backstroke gold with a new meet record on day one), by clinching gold in girls 50m Backstroke with a timing of 32.26s, erasing the previous State record set by K. Harishree J. Rai (Global-32.46 in 2015). 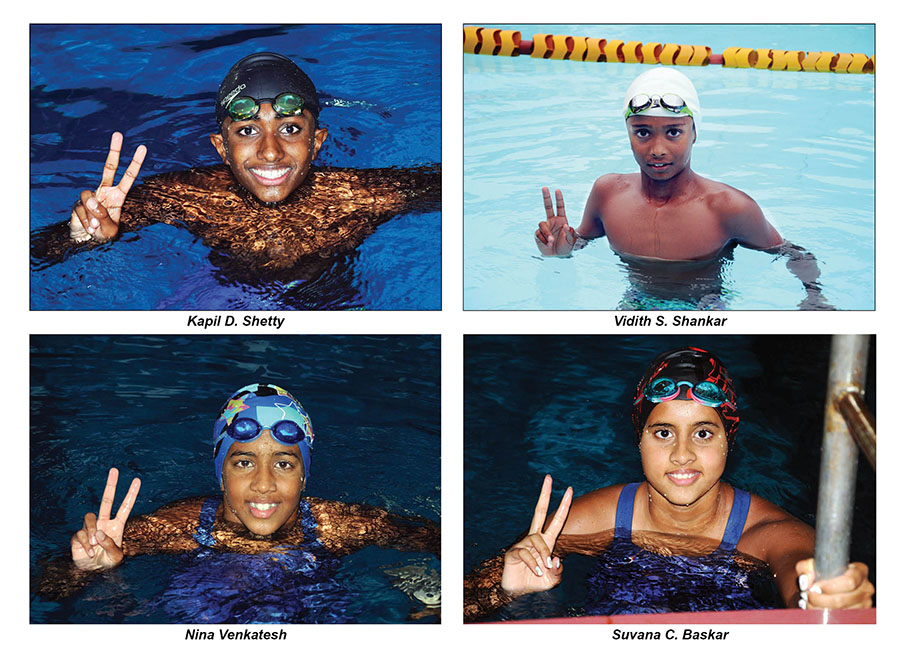 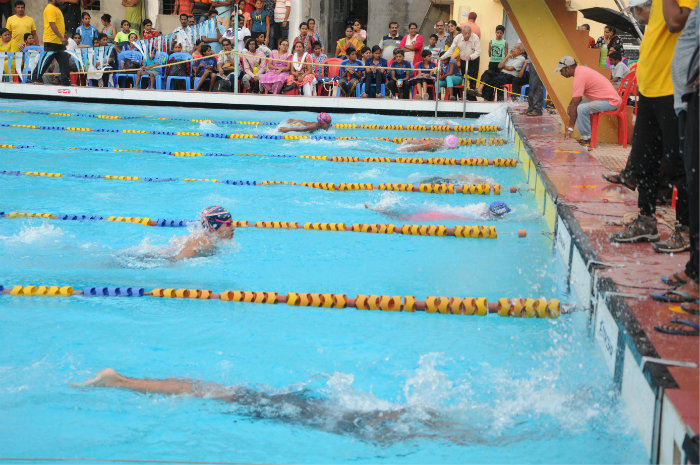