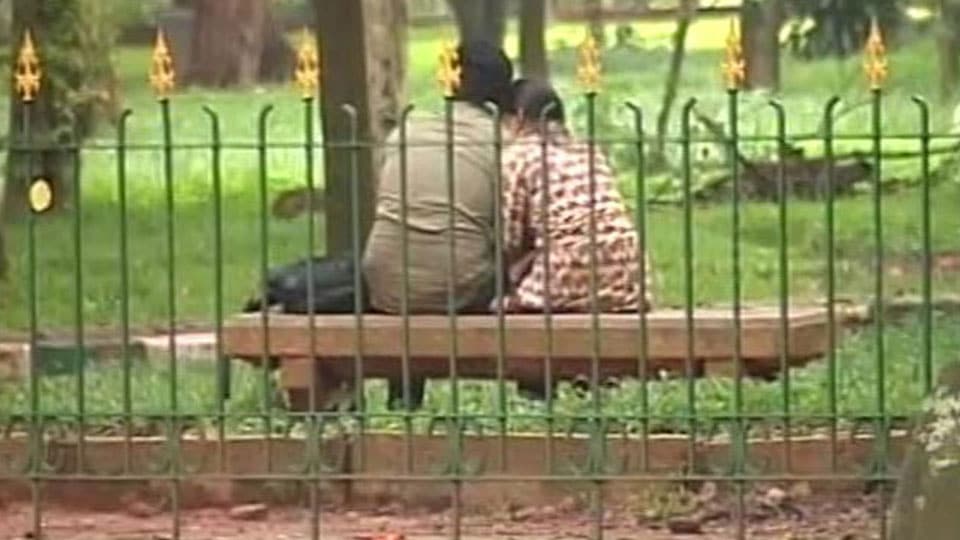 Mysuru: Lakshmipuram Police have penalised two students for indecent behaviour on the pretext of combine study at the Park opposite to DC office here yesterday.

Though leaders of various organisations had expressed their displeasure over such indecent acts when they used to stage protests near DC office, the Police had not taken any action.

Following telecast of an incident at Mangaluru in TV channels and instructions from higher Police officials, Lakshmipuram ASI Gowrishankar, Head Constable Nanjundaswamy and staff, who conducted a surprise raid in the park, found the two students indulging in indecent behaviour, imposed a fine of Rs. 100 besides warning them to refrain from such acts in future.