Home » Feature Articles » Subway at City Rly. Station to be ready in a week 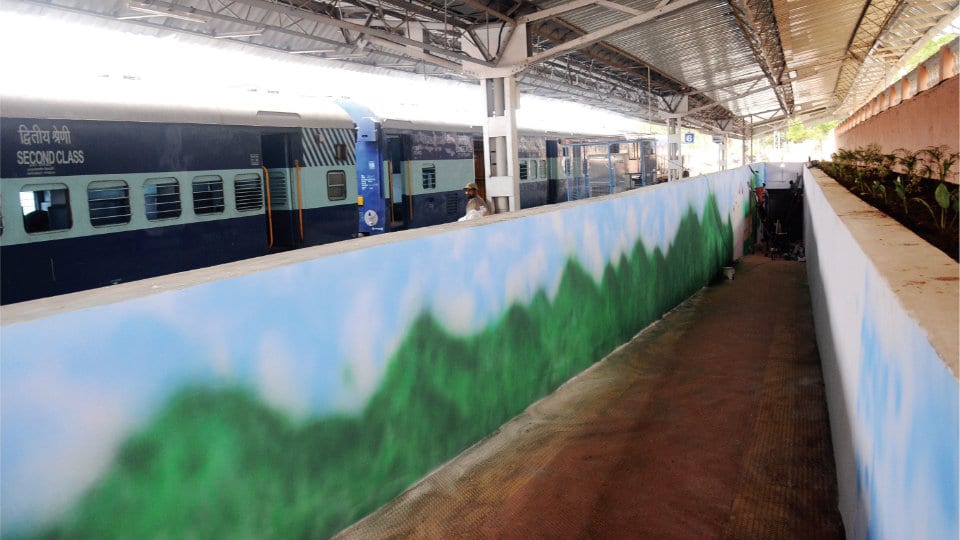 Subway at City Rly. Station to be ready in a week

Passengers at the City Railway Station will soon get to use the newly-constructed subway which connects all the six platforms. Works on the 65-metre subway is almost complete with the workers giving final touches.

The subway is being constructed at a cost of around Rs.7 crore and is expected to be ready in a week’s time. The South Western Railway (SWR) authorities have made sure that the subway has no flight of steps (like the ones on Sayyaji Rao road and near the Dasara Exhibition grounds) to ensure that the new facility is used by senior citizens and physically challenged. It has been designed in such a way that the battery-operated vehicles and wheelchairs can easily travel through all the six platforms.

“We are very happy that the SWR has taken up the subway works. The passengers, especially the senior citizens, were finding it tough to climb the stairs and walk across the bridge to reach various platforms. With the subway coming up it will be of great benefit for the passenger,” said Mahesh, a resident of Ramakrishnanagar, who is a frequent train traveller. 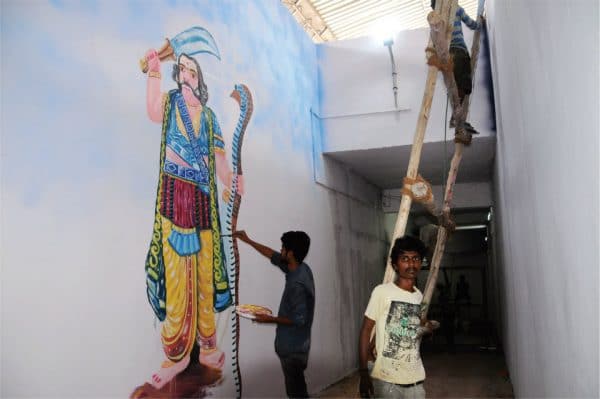 SWR, which took up subway works around two years back, has used ‘box pushing technology’ to ensure the traffic is not affected on the busy KRS Road.

The Railway authorities have also ensured to popularise some of the major tourist spots by painting the inner walls of the subway with pictures of major landmarks in the city such as the Mysore Palace, Chamundi Hill, Silver Jubilee Clock Tower, Mahishasura and Nandi statue among others.

SWR has outsourced this art work to students of Chamarajendra Academy of Visual Arts (CAVA) who have been working day-in and day-out to complete the works within the deadline.

Initially, the painting works are taken up on Platforms 1 & 6 and the other two (Platforms 2 & 3 and Platforms 4 & 5) will be covered in the days to come. 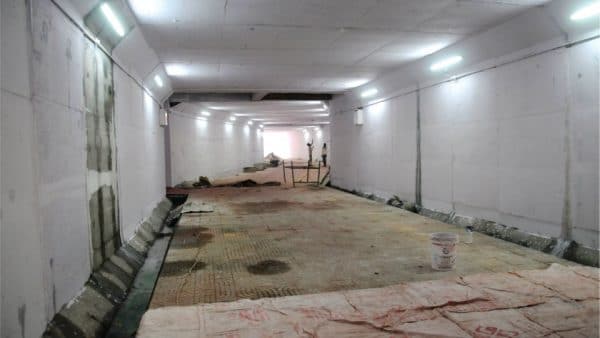 “The idea of painting the subway walls with city’s popular landmarks was mooted in an effort to introduce them to the tourists who travel in large numbers using trains. The tourists, after getting a glimpse of these landmarks, can visit them personally to have a real feel of these tourist spots in city,” said a SWR official.

Once completed, the subway will surely help  SWR authorities to prevent passengers from crossing the tracks while going from one platform to another.

It may be mentioned, the SWR Mysuru Division has also installed two escalators on Platforms 1 and 6 to facilitate smooth movement of passengers through the Platforms, which were earlier connected only by foot over-bridge.