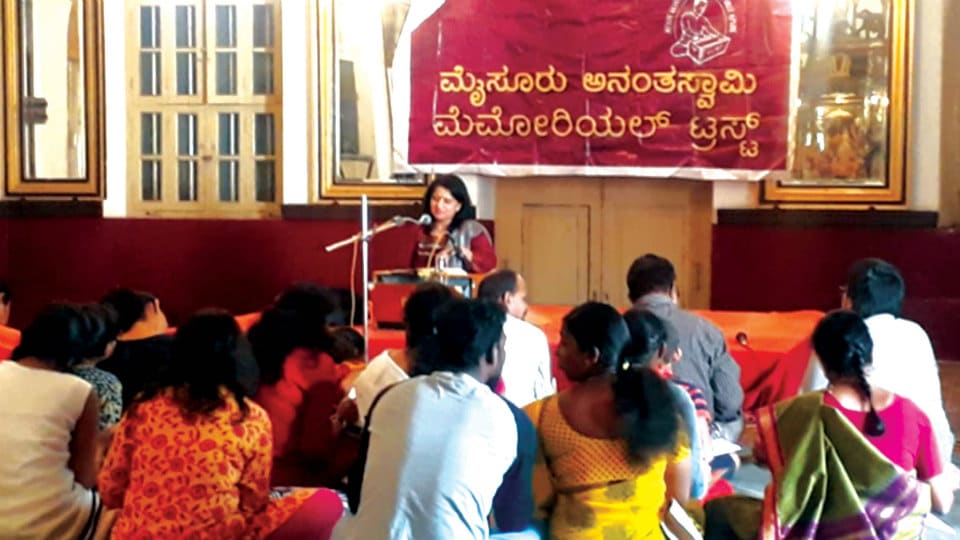 Mysore/Mysuru: A  Sugama Sangeetha workshop was organised under the auspices of Mysore Ananthaswamy Memorial Trust on Feb. 2 at Bidaram Krishnappa’s Rama Mandira in city.

Sunitha Ananthaswamy, well-known singer and daughter of Mysore Ananthaswamy, conducted the day-long music workshop which was attended by 30 participants.

The students who participated at the workshop were appreciative of Sunitha’s selection of songs, her ability to teach and her dedication to music. It was heartening to see a visually impaired girl writing down the lyrics in Braille, matching speed and agility in writing and in singing with the others.

Sunitha has been teaching music at USA and was in India on a visit.