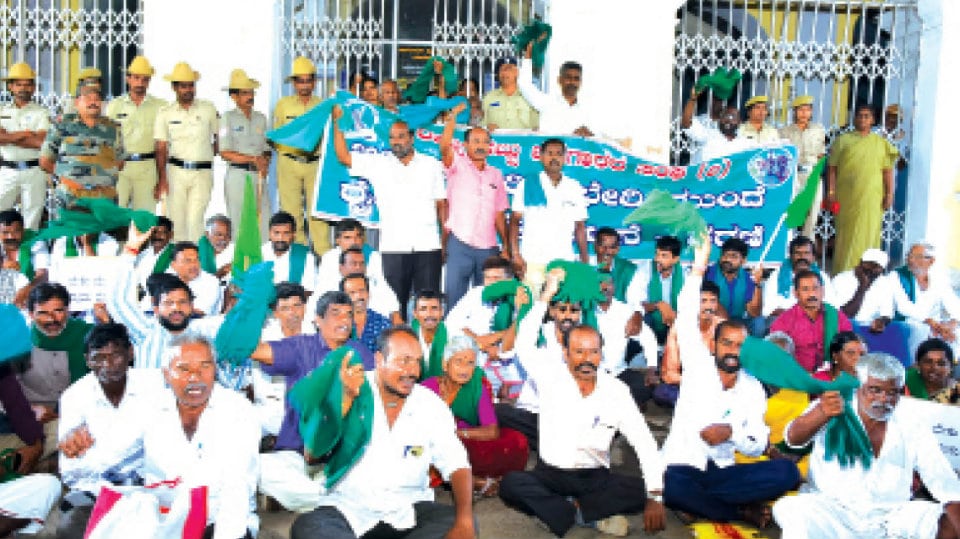 Mysuru: Farmers, under the aegis of State Sugarcane Growers Association and other farmers’ organisations, staged a protest in front of the DC’s office here this morning urging the Government to intervene as Bannari Amman Sugars and Mahadeshwara Sugar Factor had failed to cut and transport the sugarcane to their factories as per the agreement.

The farmers alleged that the cane was ready for cutting three months ago and drying with the said factories remaining silent.

They alleged that the said two factories were buying cane from other districts violating the agreement. The farmers later submitted a memorandum to the Additional DC.