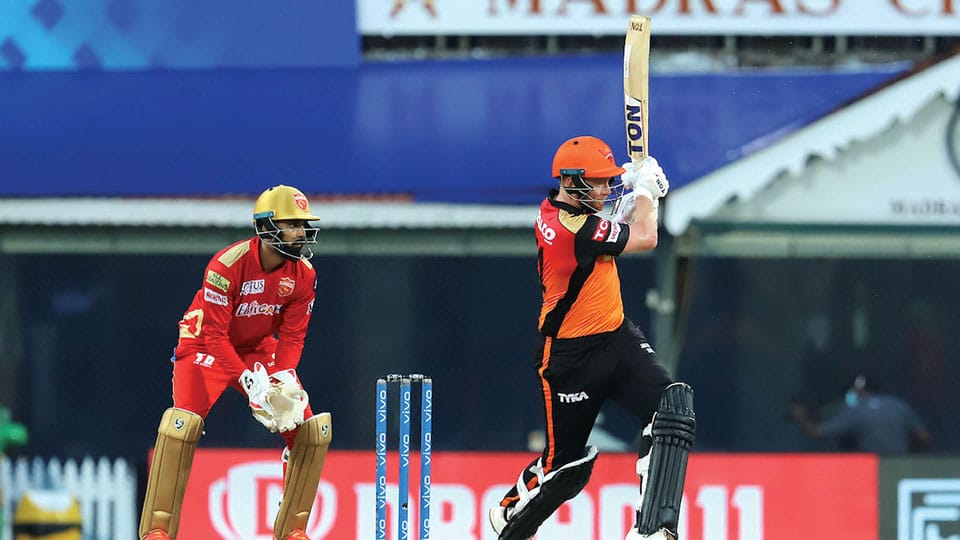 Chasing a target of 121 runs, SRH scored 121 for one in 18.4 overs. Openers David Warner and Jonny Bairstow started strongly, scoring 37 and 63 runs respectively. With the departure of Warner, Kane Williamson sealed the game with Bairstow, with a knock of 16 runs off 19 balls. The duo remained unbeaten, winning the match with eight balls to spare.

Meanwhile, Fabian Allen registered a wicket for PBKS. Earlier, Punjab wrapped up their innings after getting bowled out in 19.4 overs, scoring 120 runs. The outfit faced a massive collapse in their batting order, with Shahrukh Khan (22) and Mayank Agarwal (22) making the only noteworthy contributions. Khaleel Ahmed was in top form for SRH, taking three wickets in four overs, and conceding only 21 runs.