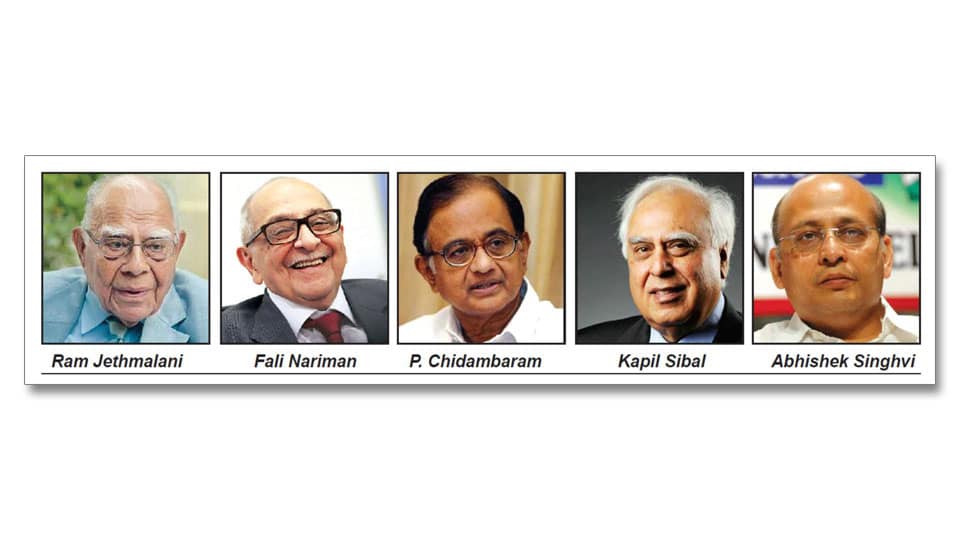 New Delhi:  What a lawyer charges a client remains largely unregulated in India. The advocates’ fees rules are only for guidance and there is no bar to money claimed beyond what is fixed under the rules.

The Supreme Court favours a law to check growing commercialisation of the legal profession and to “prescribe floor and ceiling in fees” to ensure the poor were not nudged out of the justice delivery system.

Expressing concern over lawyers demanding “astronomical” fees from litigants, the top Court on Tuesday asked the Government to ensure that the poor too could get legal assistance from the best lawyers so that their right to equal justice was not violated.

The legal profession should make its services available to the needy on the lines of State-run hospitals, a bench of Justice A.K. Goel and Justice U.U. Lalit said.

“It was observed that like public hospitals for medical services, the public sector should have a role in providing legal services for those who cannot afford fee,” the bench said, citing the 131st Law Commission report. 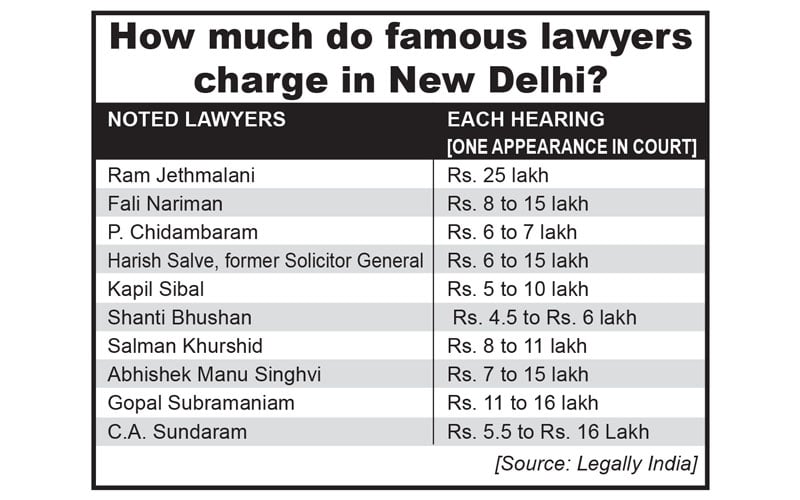 The advocates’ fee rules are only for guidance and there is no bar to money claimed beyond what is fixed under the rules. The Supreme Court rules 2013 permit a lawyer to charge a maximum of Rs. 8,000 per hearing, barely a fraction of what is actually billed. Top lawyers charge anywhere between Rs.10 lakh and Rs.20 lakh for an appearance in the apex Court.

The Court also said though a Law Commission report on ethics in the legal profession was submitted in 1988, no effective law was enacted to regularise the fee or for providing the “public sector services” to needy litigants without any fee or at standardised fee.

Lawyers generally charge clients according to their paying capacity. So, the fee varies from client to client, with corporate clients paying the most usually.

For cases in Trial Court, lawyers generally bill the client for the entire case, sometimes as much as Rs.10 lakh. The Supreme Court made the remarks when its attention was drawn to an advocate demanding 16% of the amount received by a client in an accident claim as fee.