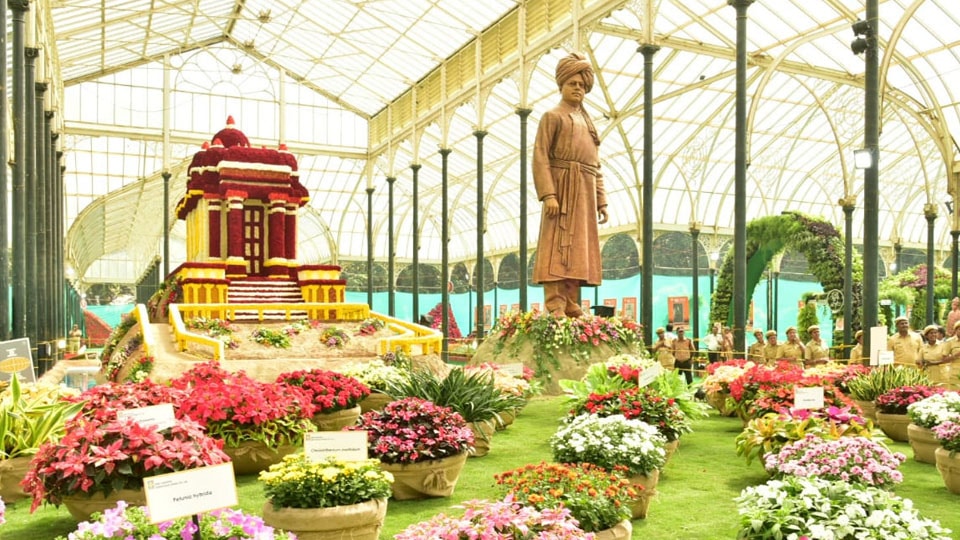 Leadership has been defined in many ways and is possibly one of the most researched subjects in the world today. Though so much has been said and written, one finds it difficult to have a final word on the subject of leadership. Similarly, a lot has been written and said about Swami Vivekananda. He has been called a monk, a prophet, a social reformer, a nationalist, a philosopher, a yogi, a prolific writer, an orator par excellence, an educationist and so on. But there has been very little analysis or research done on him as a Leader and his leadership qualities are only now beginning to be unpacked.

Though there are many definitions of leadership, most people agree that developing and living an enabling and empowering vision is the very essence of effective leadership. Vision statements are the inspiring words chosen by successful leaders to clearly and concisely convey the direction of the organisation. By crafting a clear vision statement, one can powerfully communicate one’s intentions and motivate the team or organisation to realise an attractive and inspiring common vision of the future. One can only think strategically and outline a vision after having a complete understanding of the existing reality. Max de Pree, businessman and leadership expert, states unequivocally that the first responsibility of a leader is to define reality. Adi Shankaracharya in his book, ‘Viveka Chudamani’ observes that the highest form of discrimination is to be able to distinguish the real from the unreal.

While Max de Pree wrote in the context of the reality of the external world, Shankara focused on the more subtle and absolute notion of reality. Vivekananda was one of those rare persons who could straddle both worlds and create a remarkable vision which not only unified the external with the internal, but also reconciled it and gave a sense of purpose to people struggling to discover their true inner nature. He at once created a vision which kept in mind the harsh reality that India was in, and gave the young of the country a sense of purpose in working towards the upliftment of the masses. And through this work, he wanted them to discover their true inner selves. An understanding of this reality and his vision based on this reality can be seen from the mandate that he gave the Ramakrishna Math and Mission ‘Atmano Mokshartham Jagat Hithayacha’ — the realisation of the soul through the salvation and welfare of the world.

The visionary Vivekananda had two separate visions — one national and the other global. At the national-level, his vision was to uplift the Indian masses materially, with the help of an education that was tempered with the flavour of Indian spiritual heritage. He expressed his global vision in the World Parliament of Religions in one of his speeches on Hinduism as the concept of a universal religion. He said, “It will be a religion which will have no place for persecution or intolerance in its polity, which will recognise divinity in every man and woman and whose whole scope, whose whole force, will be created in aiding humanity to realise its own true, divine nature.” And this vision is more relevant to the world than ever before.

Vivekananda was not only an inspirational leader but was also a very pragmatic one. He not only believed in ‘Servant-based Leadership’ but constantly endeavoured to empower all those around him. In dealing with his brother-disciples and followers, he evoked what is today popularly known in the management world as the ‘Pygmalion Effect.’

Management expert J. Sterling Livingston describes it as the effect of enabling subordinates to excel in response to the leader’s expectation of them. Swami Vivekananda had a high expectation of his followers and he communicated that to them clearly, thus eliciting a high level of performance. Leaders empower their followers by believing in them and they rise to greatness as a result. The leaders make themselves larger by enlarging others. The leader constantly aims at moving people around him from dependence to independence to the state of inter-dependence. Swami Vivekananda had chosen ‘empower and facilitate’ philosophy over ‘command and control’ long before modern management realised its potential.

Trust plays an important part in the process. If the leader does not trust his followers, he will use control instead of empowerment. Swami Vivekananda while exhorting his disciples to the highest levels of work had the fullest trust in them and their abilities. His urge to motivate people around him to aspire for higher levels of performance can be seen from this letter of his to his direct disciple Swami Shuddhananda in 1897. He writes, “…lastly, you must remember I expect more from my children than from my brethren (his brother disciples). I want each one of my children to be a hundred times greater than I could ever be. Every one of you must be a giant — must, this is my word. Obedience, readiness and love for the cause — if you have these three, nothing can hold you back.”

This also shows Swamiji’s interpersonal skills and the ability to motivate and develop people. One can even say that Swamiji’s call, “Arise, Awake and stop not till the goal is reached” was nothing but an attempt to empower people enmasse. J. Carla Nortcutt had once said, “The goal of many leaders is to get people to think more highly of the leader. The goal of a great leader is to help people to think more highly of themselves.” This is perhaps the best description of Swami Vivekananda, the greatest leader of our times.

[Dr. R. Balasubramaniam, Founder of Swami Vivekananda Youth Movement and GRAAM, teaches leadership at Cornell University and IIT-Delhi.  He can be reached at: [email protected]]

This year’s Republic Day Flower Show at Lalbagh in Bengaluru from Jan. 17 to 26 has been dedicated to Swami Vivekananda to mark his 157th birth anniversary. The Rock Memorial with a temple is the major attraction. When Vivekananda visited Bengaluru in 1892, he had rested near Majestic. The front yard bench he sat on has become a monument and is now conserved at Ramakrishna Ashram. A replica of this is also on display at the Show along with various floral replicas of Sri Ramakrishna Paramahamsa and Sarada Devi.