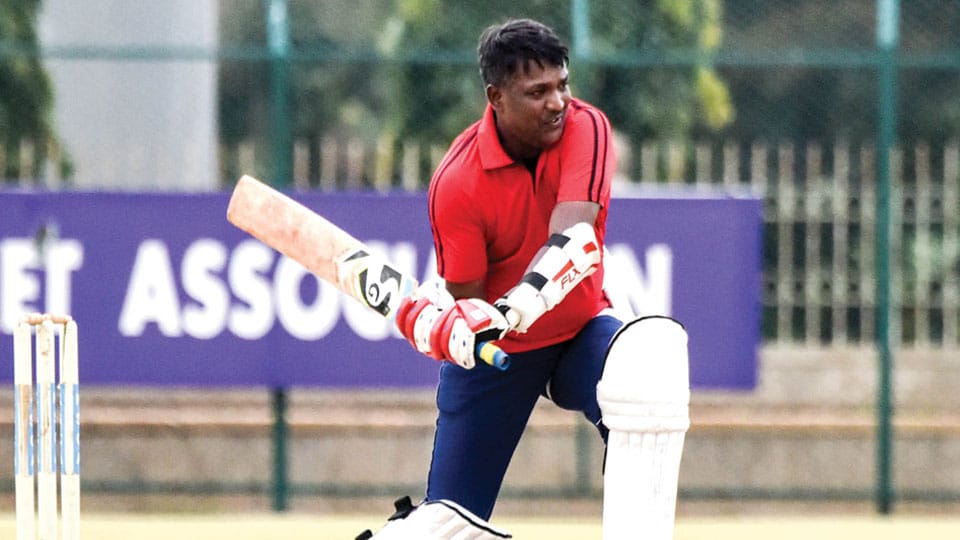 Police Commissioner XI lost to Deputy Commissioner XI by 42 runs in the T-20 Cricket Match played on Nov.1 at Gangothri Glades in Manasagangothri here as part of Kannada Rajyotsava celebrations.

DC XI which won the toss chose to bat and piled up 170 runs in 20 overs with Assistant Engineer Lakshdeep and Karnataka Pollution Control Board Assistant Environmental Officer Manju Rajanna contributing 52 and 56 respectively. 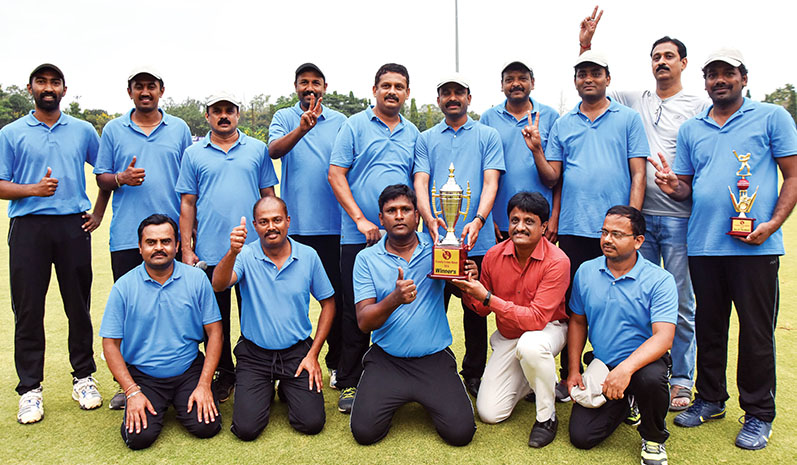 Chasing the total, SP Amit Singh and Police Inspector Anand opened the innings for Police Commissioner XI. After Anand got out, Subramanyeswara Rao stepped in scoring 25 runs. The middle order comprising DCP N. Vishnuvardhana, Additional SP Arunamshu  Giri, Inspectors Murthy, Harshavardhan and SI Jayaprakash failed to reach the target and lost wickets. The team were all out for 128 runs losing by 42 runs.

In the absence of Dr. Abhiram G. Sankar, the team was led by Department of Public Libraries Deputy Director B. Manjunath.

Manju Rajanna was adjudged ‘Man of the Match’