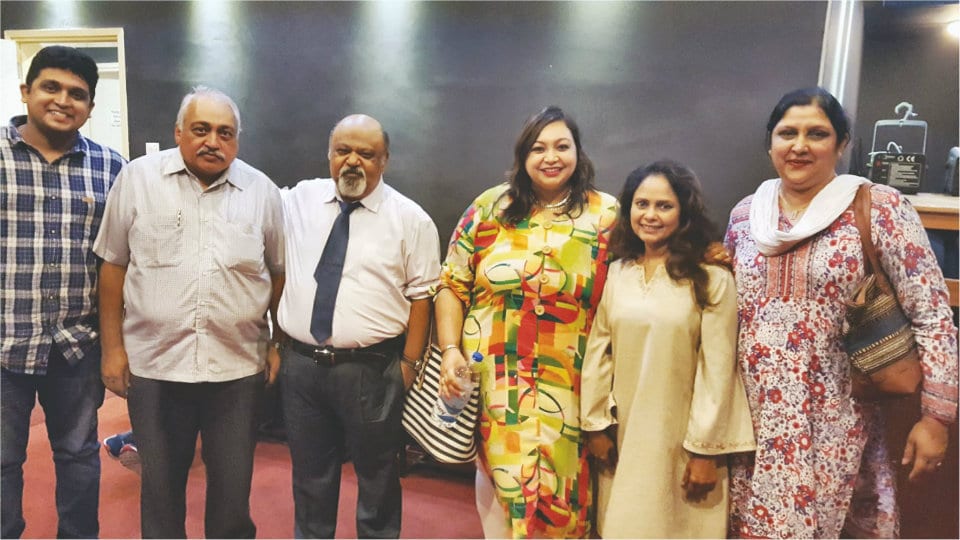 A Tale of Three Conferences!

Last fortnight I happened to be in Bengaluru with my family on a weekend visit. We were there with a two-fold purpose. While I was there to attend an International Conference on Diabetes, my family was there to get its weekend dose of relaxation and rest! My daughter, Sarah suggested that since the Hindu Group’s theatre festival was on, we could attend one of the plays that were being staged at the Chowdaiah Memorial Hall, the violin shaped auditorium built during the Gundu Rao era to commemorate the memory of our  most famous violinist.

From among the many plays in the list, we zeroed on to ‘Barff’ which was written and directed by Saurabh Shukla the well-known actor. It seemed the most interesting to me because it happened to be about a doctor’s unusual experience while on a visit to Srinagar to attend a medical conference. It was a drizzly Saturday evening when we entered the auditorium well before starting time since we had been warned that all late arrivals would find the doors of the hall shut. But for a play in Bengaluru on a weekend the hall was not even half full which seemed very surprising.

Just before we expected the curtain to rise, came an announcement in a very apologetic feminine voice that as many ticket holders had reportedly been held up in the rain the play would commence half an hour late. It was exactly as the age-old adage had foretold, Man proposes and God disposes! When the curtain finally rose, it was sheer captivation and delight from beginning to end. It portrayed the travails of a doctor who agrees to visit the home of his cab driver in Srinagar to have a look at his ailing infant son. An act of human concern and courtesy turns out to be a frightening entanglement in a very unimaginably unusual predicament for the hapless doctor which has to be seen to be believed as possible.

How these writers of fiction hit upon their plots is something that is beyond my understanding and I really salute them for their ingenuity and fertile imagination. I wish I had it in me too. Portrayed by Saurabh Shukla himself and just two other actors, Sadia Siddiqui and Sunil Palwal, the play is a ‘must watch’ affair. All three of them come off as being one better than the other and their performances are outstanding. The final twist, barely a few breathless seconds before the curtain falls, is what takes you off your feet completely! We could not come away without meeting the team and congratulating them for their sterling performance and we met them backstage and did just that.

While Sunil had already left by the time we could jostle with the crowd and reach there, we could meet Saurabh Shukla and Sadia and have a leisurely chat with them. When I told Saurabh Shukla that I too was in Bengaluru to attend a medical conference he was stunned and said that life is full of never-ending surprises! That was when I told him that he would be more surprised when he reads the article I would be writing about him and his play as a part of my weekly column! Since I have marked a copy to him while mailing it to SOM I’m sure he too is reading it along with all of you! 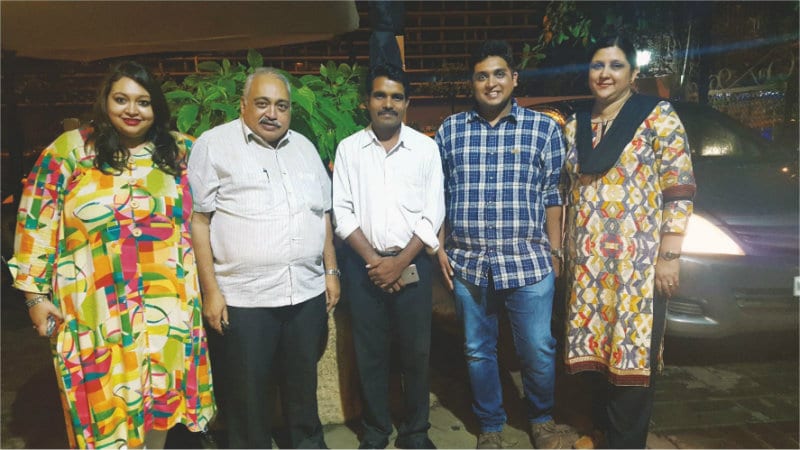 Now, coming to the third conference that I have mentioned in the title I have to take you back a little into the past. The year was 2005 and I was in Mumbai to attend a conference of the Asia-Pacific chapter of the Cardiological Society of India of which I happen to be a life-member. The cab driver assigned to me by the Sheraton Grand Hotel where I was staying was Santosh Gupta, a very mild mannered and soft spoken man in his early twenties who had recently married. I found him to be such a very helpful and unusually obliging person that he, along with courtesy and the hospitality of the Sheraton chain, made my four day stay in Mumbai very enjoyable and most memorable too. And, he did not let this memory fade although I was just another of the hundreds of passengers whom he happened to ferry across the city in the cab he drove. I was amazed when I received a message of greetings for the Ramazan Eid a few months after my return from Mumbai. I called him up to thank him and also tell him how deeply touched I was to receive his message. That was when he told me that he had been blessed by a baby girl very recently but was a little worried because the doctors had told him that the child had a birth defect in her heart which would probably need corrective surgery. I told him not to worry as most such defects automatically get corrected as the children grow.

Over the next two years he never failed to greet me every Ramazan and Bakrid with his messages and I would always respond with a phone call. But every time he would convey his anxiety over his daughter’s heart problem which according to her doctors was not showing any signs of improving. One day he called up to say that she had been advised open heart surgery at the earliest over the prospect of which his entire family was very worried. That was when I thought of getting the child examined by a close friend of mine who was a cardio-thoracic surgeon attached to a very prestigious hospital at Bengaluru. I asked Santosh if he could bring the child down to Bengaluru to which he replied in the affirmative.

My friend said that since this was just a preliminary visit to evaluate the problem Santosh would not have to arrange any money immediately. So the very next week Santosh and his wife were on the train to Bengaluru with Sakshi, their little bundle of joy and anxiety too! Thankfully, things moved fast and in the right direction too and my friend called me up to say that he would arrange to get the heart defect rectified non-surgically with a minimally invasive technique which had just arrived in Bengaluru almost along with the child. And, he and his team had decided to do it completely free of cost as it was the first such procedure that was being done in their hospital! My joy knew no bounds and perhaps it was equalled only by the joy of Santosh and his wife!

The procedure was completed successfully the very next day and the child was out of the hospital and on the way to Mumbai on the fifth day, after I vehemently refused to let the trio come to Mysuru to meet and thank me! Over the next ten years Santosh was in regular touch with me twice a year on each Ramazan and Bakrid.

Last month I had to be in Mumbai with my family on a holiday and when I informed Santosh that we would be coming he said that he was now the proud owner of two cabs and he would therefore drive us around the city all through our stay there. I refused his offer very humbly saying that we had a friend’s vehicle there at our disposal and said that my family and I would be happy to just meet him. And, meet we did! It was a very emotional meeting with him hugging me tearfully and touching my feet in gratitude and reverence. He told us that he was working as the happy and very well paid chauffer of the head of a multinational company, driving a Mercedes GLS! It was indeed a long way up from driving a humble Qualis!

Now 14-year-old Sakshi is a happy and healthy schoolgirl and she has a 10-year-old brother too. My friend, the surgeon who stepped in, out of nowhere, like a God-send saviour into the play I have scripted, prefers to remain un-named and un-thanked although he is the real hero of this story! May the Almighty reward him and all others of his ilk! Amen!